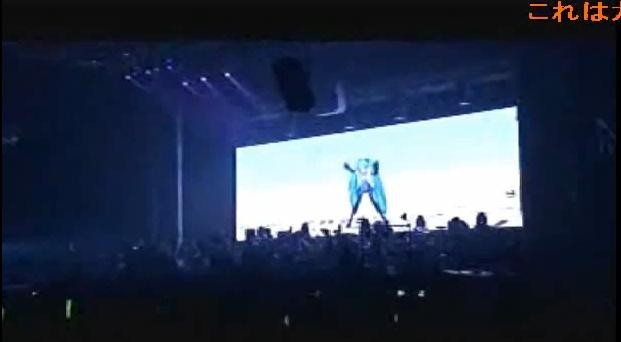 Watch the video below to see her in action and you can see the Black Rock Shooter video at the end.

Original text from Hikaru Kazushime below.
It was discovered recently that Hatsune Miku would be on the list for the popular anime concert, Animelo Summer Live 2009 RE:Bridge, and that she would be performing live. For the last few weeks, everyone has been wondering, how?! As of now Animelo is a little over half over, and one chap was kind enough to share Miku's perfomance, just yesterday.
Stay tuned till the end of the video, where we see one of the first looks at the Black Rock Shooter anime.