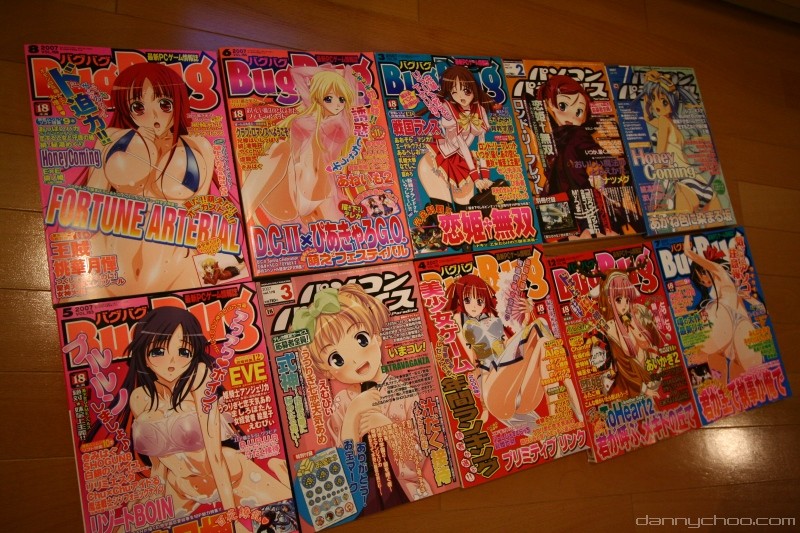 A man aged 47 was arrested by police of the Nara prefecture for dumping 284 ero books/magazines (adult material) together with 53 videos (DVD?) in a field.
The man said that when he was cleaning his house, he came across all this ero stuff and had trouble getting rid of it.
What do the folks at Itai News think about this?
-Just throw it out with the normal rubbish
-Sell them at Book Off
-Place them on the path to an elementary school
-Should dump them at a shrine
-Why didnt you give them to me?
-Leave them in the front of my apartment!
-Should have stuck with zip and mp4
-If you use the ero mags as fertilizer then you will grow moe rice
-They should make a ero book library to help the young generation grow
-I just throw them at the convenience store rubbish bins.
What do you do with health care stuff that you want to get rid of and what would you suggest to your comrade who doesn't want them?

As for the mags in the photo - stuff I picked up back in 2007 when researching on what sort of games otaku buy so that I could build amazon affiliate stores Like this one - takes ages to load though.
I brought some of them to Book Off but they pay much much less for adult stuff - their strategy seems to be that they pay less for the stuff that they know will sell. I've never got decent prices for the stuff that I give to them.
I just dumped most of these out with the recyclable paper though.

These days I may occasionally pick up an eroge mag to see what sort of trends are going on - especially because some eroge makers said they want to use Mirai Gaia ^^;