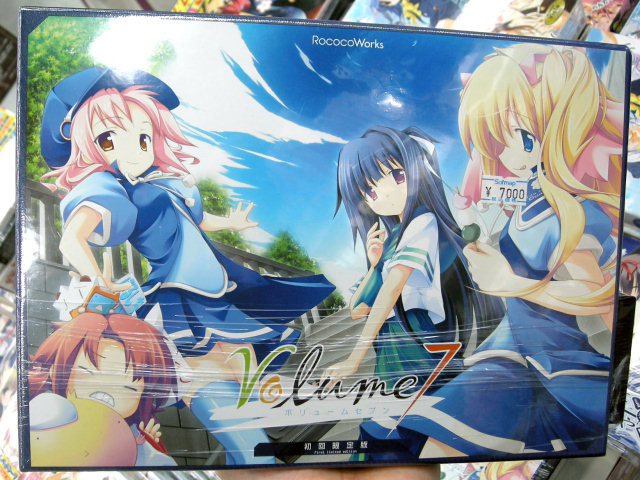 This is the first I've heard of an eroge being recalled for failing to censor a few images.

News and more pics at Akibaos, trailer for the game below.

UPDATE: Just "stumbled" onto the CG pack for this game which includes the uncensored images at Hong Fire - for the curious mind out there.

Why is this so? Why does Japan, one of the largest markets for pornography in the world, force film makers to censor their films?

While the 60 years after World War II saw the acceptance of uncensored pornography as freedom of expression in the West, Japan continued to consider it “injurious to public morals.” One still cannot legally buy a movie featuring fully visible hardcore action.

In recent years it seems that the definition of “injurious to public morals” has been relaxed. Ten years ago, pubic hair was censored: now it is not. Last year, the American film Kinsey was allowed to air in Japanese theaters uncensored. The scene in which Dr. Kinsey is giving a slideshow of penis/vagina picture made history as the first ever scene showing human genitalia allowed by the censors.
Read the rest of that at Japan Probe.