Danny on G4's Attack of the Show 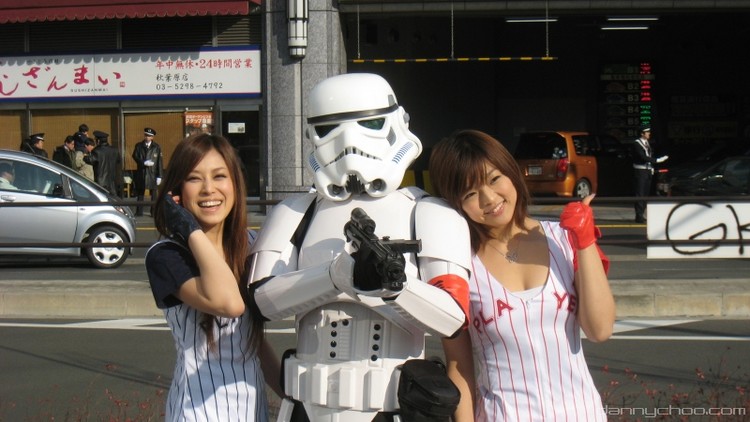 Me on G4TV Attack of the Show - this time they were able to mention the URL ^^;

And thanks to Joseph for finding the original high res video at Attack of the Show.
Looks like they didn't know that I was Vader too ^^;

Original text from FMPhoenixHawk below.As part of their "What's up in Japan" segment today, they covered the site and a few other things, but mostly Dancing Stormtrooper footage. It's short, but neat. Welcome to American fame, Danny! Your starlet should be in the mail soon.

Pic is one of the times I'd like to be in the armor. Or maybe just in the shot, sans armor.