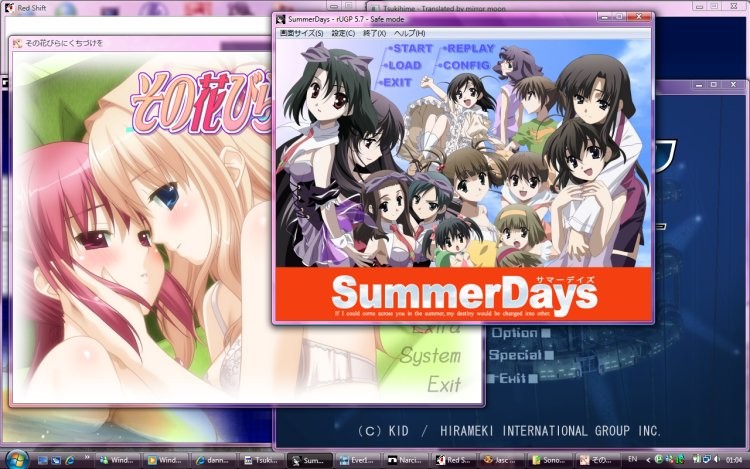 Hijacked from Meimi who asks what you think about girls playing eroge?
I often see girls in the eroge shops in Akiba looking at eroge and not in particular the yaoi ones. I also see many male/female couples shopping for eroge together too.

Original text from Meimi below.
I'm just wondering, what do guys think about straight girls playing eroge? Not the yaoi/boy love kind, but the normal kind, guyxgirl. Maybe yuri, but yaoi is icky..(to me lol) I love the cuteness of some eroge, how can they expect girls not to like the immensely cute characters they put in some eroge's? It's just mean!!! Specially when sometimes the stories are really good! I try to play the less ero-intensive ones, but I don't really mind the ero as long as the stories good.

Ever since reading/watching Genshiken I have become more and more otaku.... collecting figures, playing eroge/galge's and just being more actively otaku. And then watching some of NHK makes me wanna make my own eroge/galge, or just a non-ero visual novel!

So, is it weird for girls to play eroge's? Or would you(guys) like that? (I'm sure if you asked non-otaku guys you would get different answers... but they arn't here right now lol)