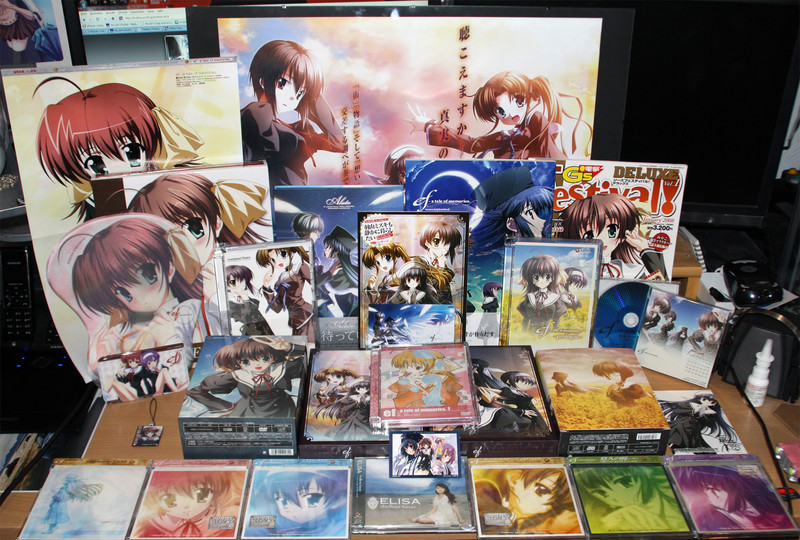 Some foreigners seem to be having an antipathy against EROGE.
Therefore, We prohibited the access from foreign countries, to defend our culture.
Sorry for you of the fan that lives in a foreign country.

While folks in Japan will see what you see in the screenshot below. Could this a beginning of a trend especially after the British parliament came down on Illusion for the eroge Rapelay? Hope not.

As for the first photo - submitted by De-JaY - a loyal EF fan who will probably be disappointed about the news.
Speaking about EF - check out the OP with the breathtaking backdrops from Makoto Shinkai.

This is rather sad. Especially since minori's newest project, called "eden*" will also be released in an all-ages version. :(