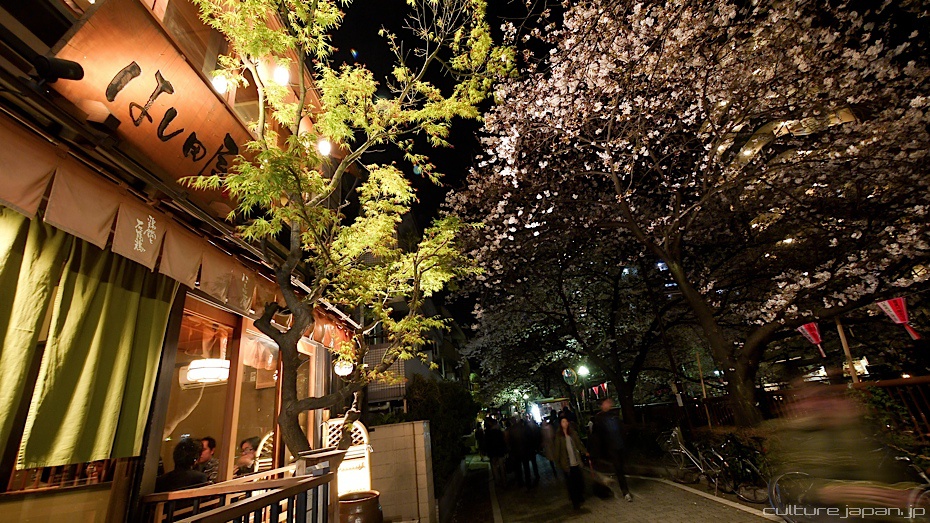 Tis currently the Hanami season where folks come out onto the streets and flock around areas where they can enjoy the company of cherry blossoms which are currently in full bloom around Tokyo.
This year however is different as folks are in "Jishuku Muudo" or "a mood of self restraint" - many folks think that its not appropriate to be enjoying themselves after the Tohoku Kanto Earthquake which hit Japan nearly a month ago.

The governor of Tokyo (Ishihara) also mentioned that folks should not be out n about enjoying themselves by going to Hanami...

I'm however with the large % of folks who think that the best we can do for Japan is to live, work and play as hard as we can to help Japan back up on its feet. Sitting and brooding about what happened is not going to help Japan at all and will actually cause more harm. Many folks for example have just stopped buying which has caused a slump in the economy.
Its not as if I don't care either - I do care and will be heading up North later this month to bring some supplies and do some volunteering.

There was debate about whether the baseball matches should continue or have a rest for a while - as folks thought that we should all stay at home and sulk instead. It was decided to continue the matches and baseball player Noyama-san aged 16 gave an awesome speech.

Update - video below of a rice wine manufacturer up North who asks the rest of Japan to go out and enjoy themselves in the hanami season - because if we don't then sales of rice wine will bottom out and folks up North will be even worse off.

Was at Naka Meguro yesterday to enjoy some Hanami with folks at Ascii - before that we met over dindins to discuss a new book which we need to try to make and print before ink runs out! 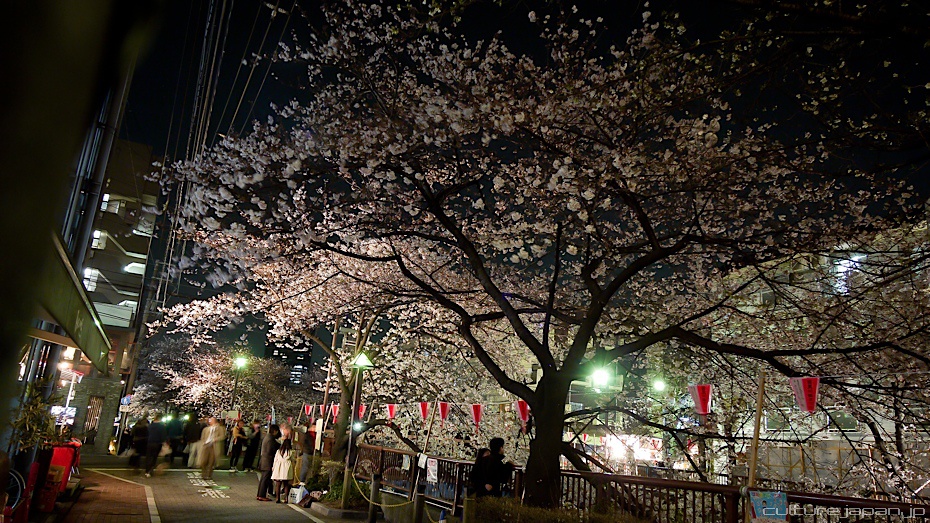 While these photos may seem bright (very long exposures), all the lanterns that are usually on this time of year were turned off and there were a lot less blue mats with folks sitting under the trees drinking. 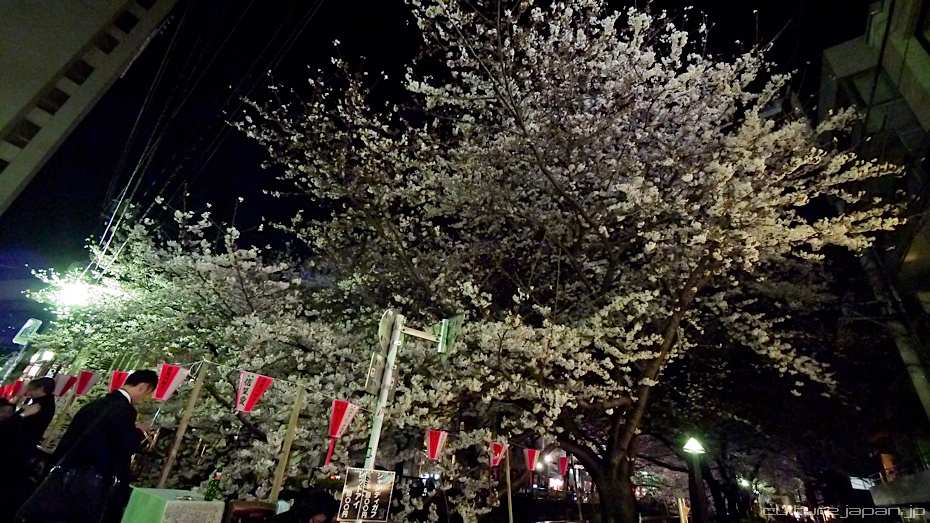 Nevertheless, many of us were out n about the river to enjoy the beauty that nature had provided us with - a warm evening with gorgeous cherry blossoms. 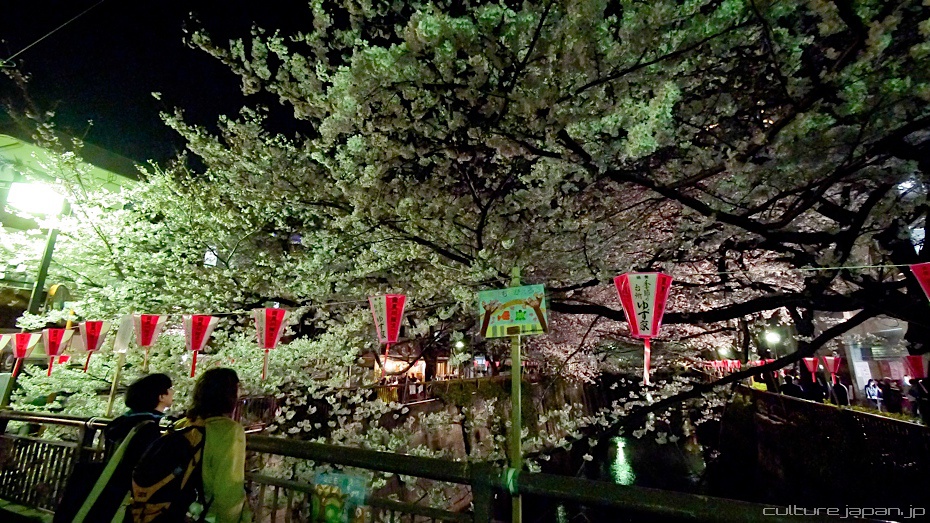 Was a wee bit tricky to get decent photos in the low light with no tripod. 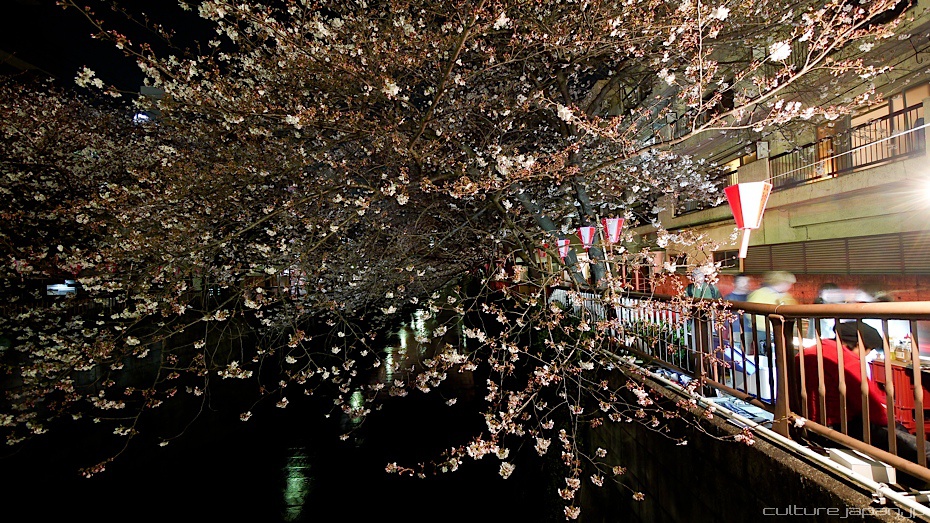 Some food stalls provided enough light in a few spots to get decent photos. 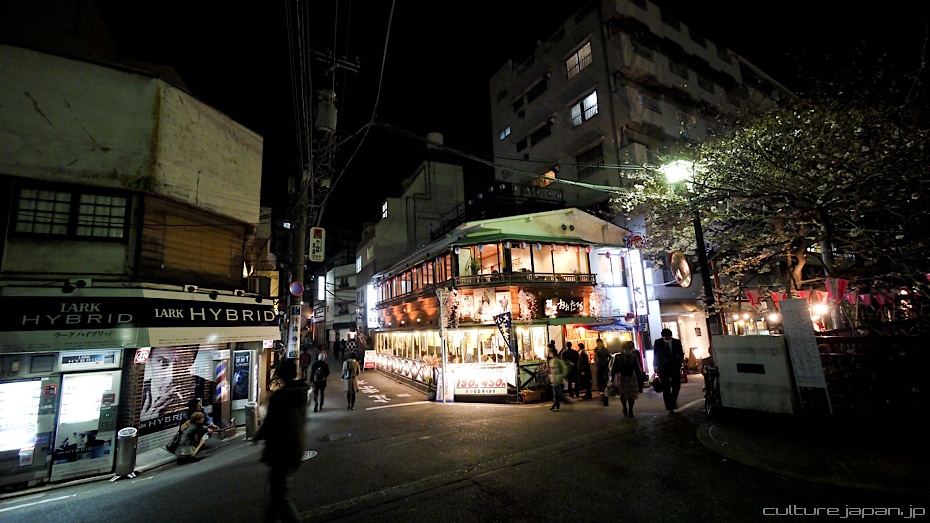 If you fancy having a gander around here, get off at Naka Meguro station on the Hibiya or Toyoko line and just ask anybody where Meguro Kawa river is. 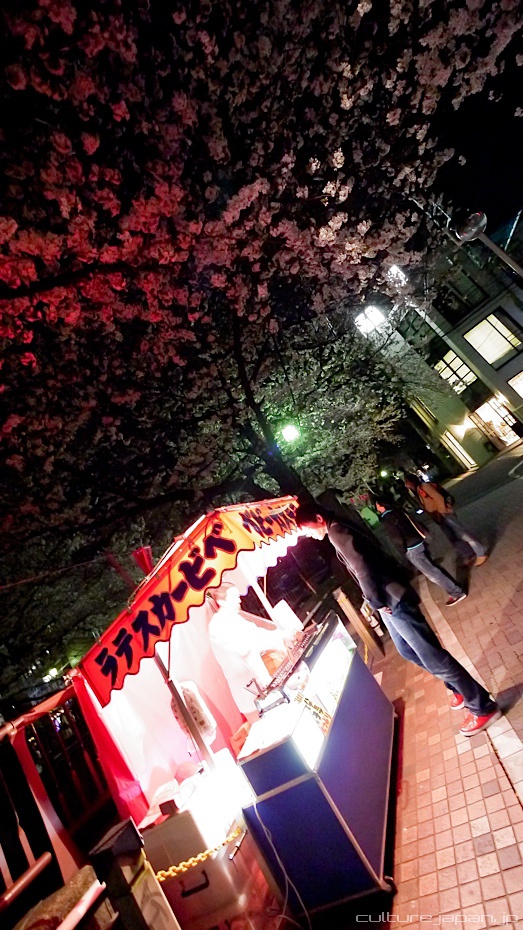 Not as many Yatai food stalls out this year. 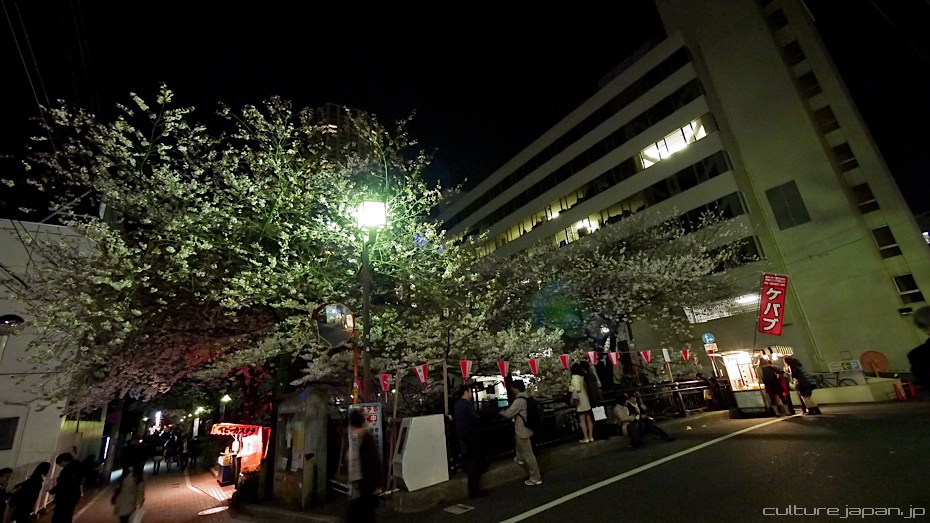 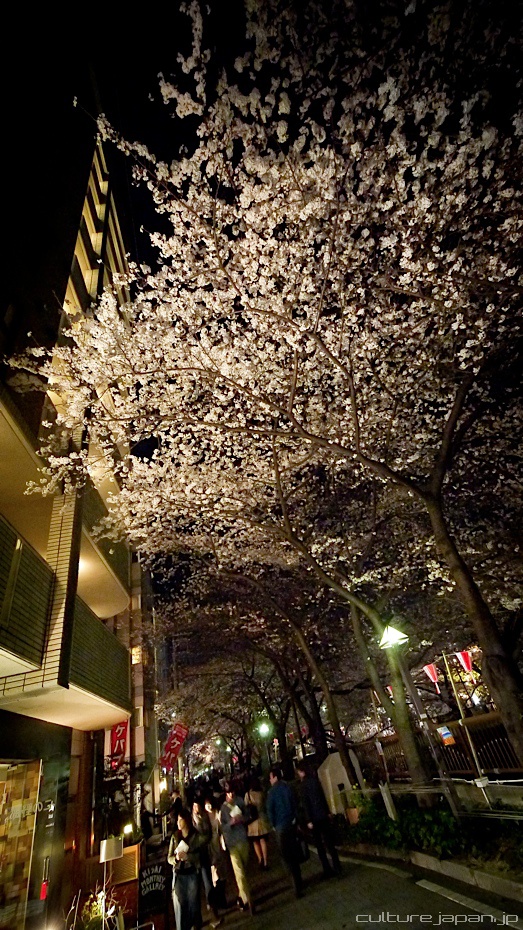 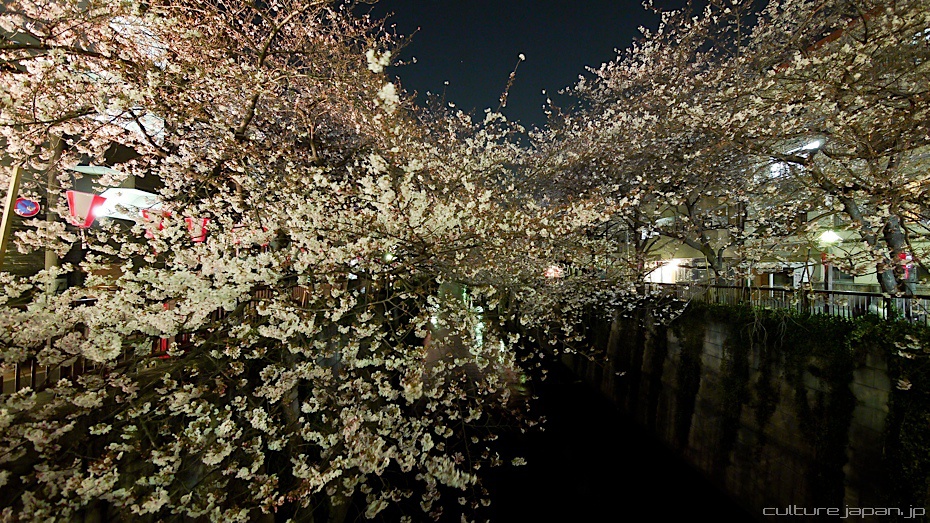 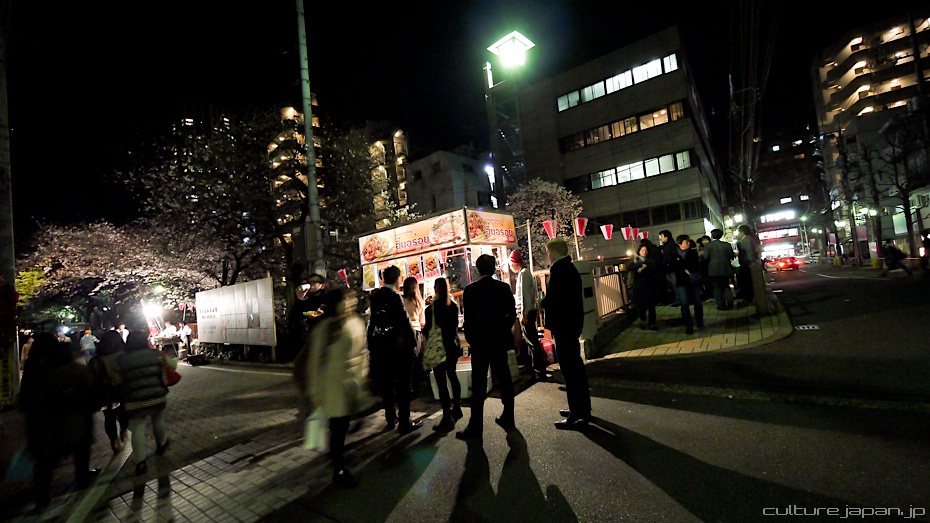 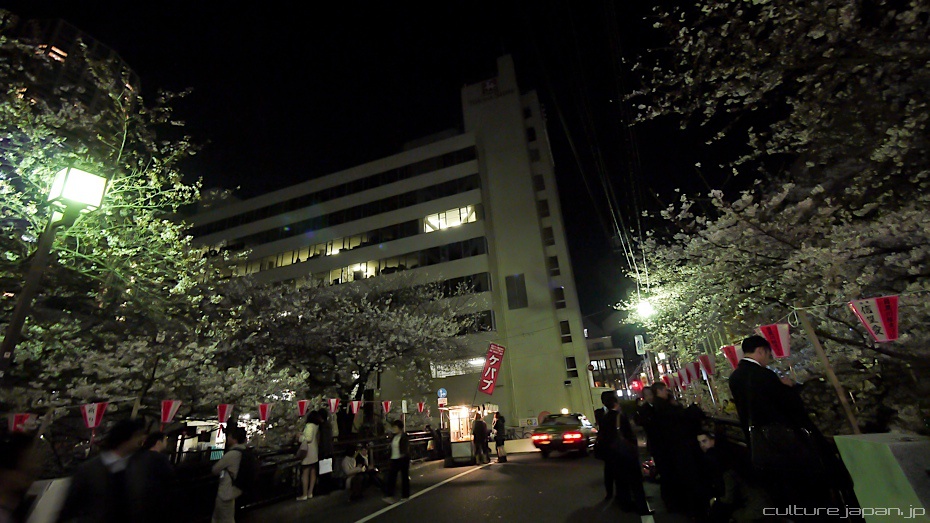 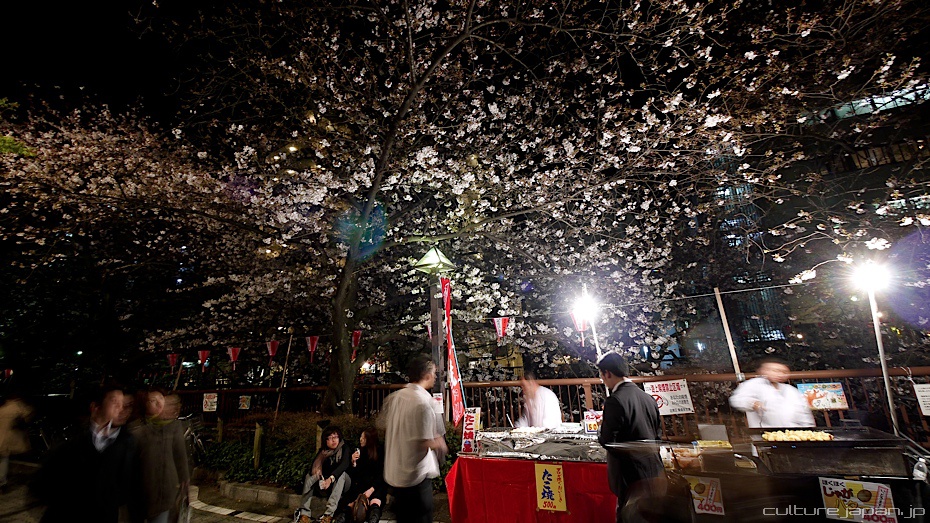 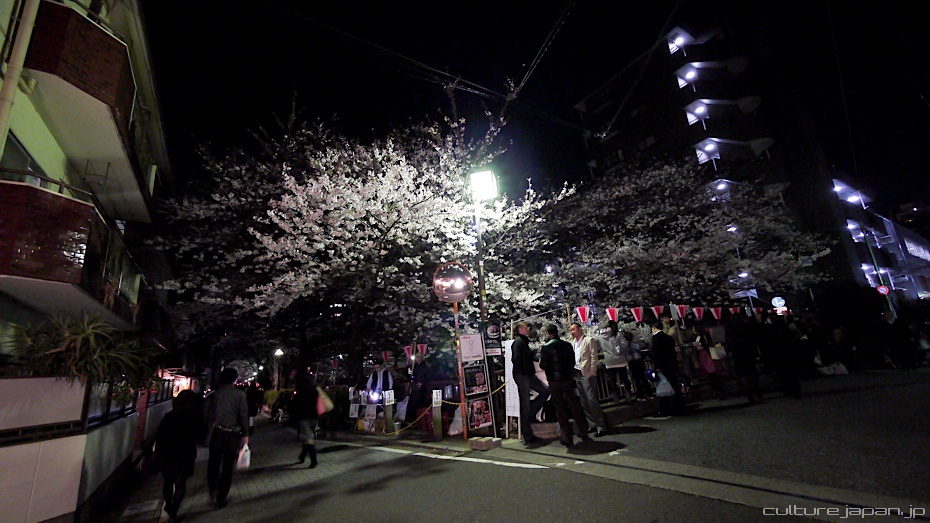 Tis such a relaxing and peaceful atmosphere. 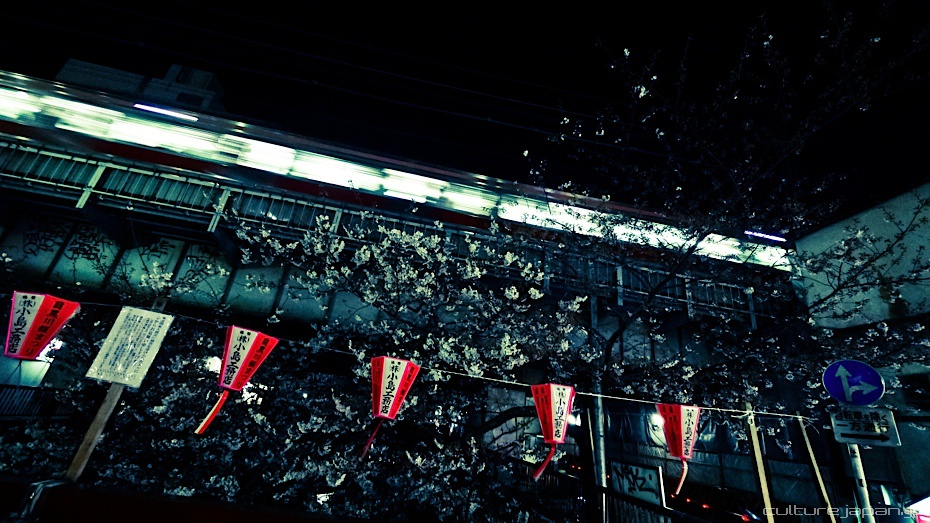 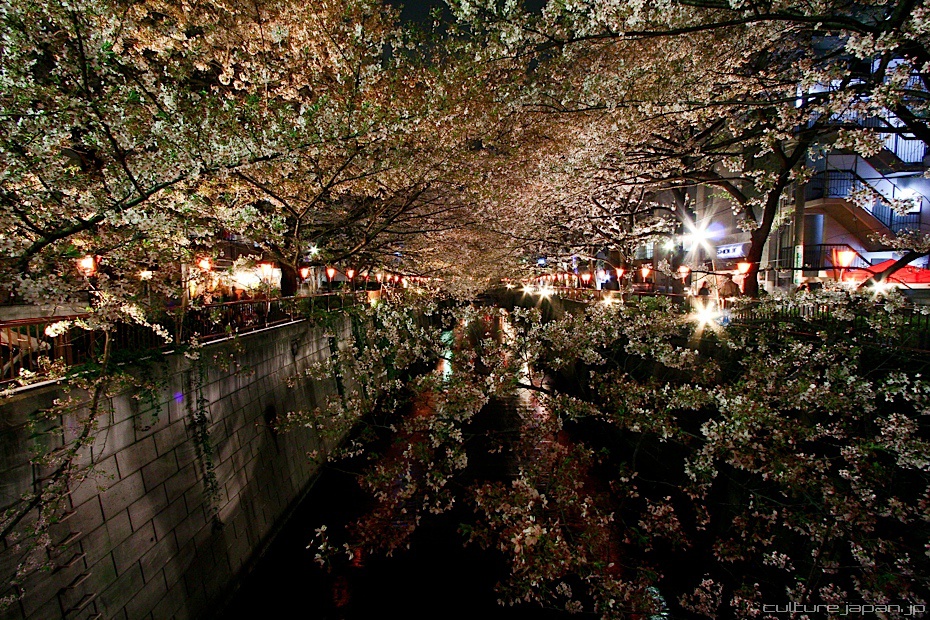 And this photo was taken in 2007-ish at the same place in Naka Meguro. The lanterns that line the river are all lit up which illuminate the cherry blossoms (Sakura ) - absolutely gorgeous. 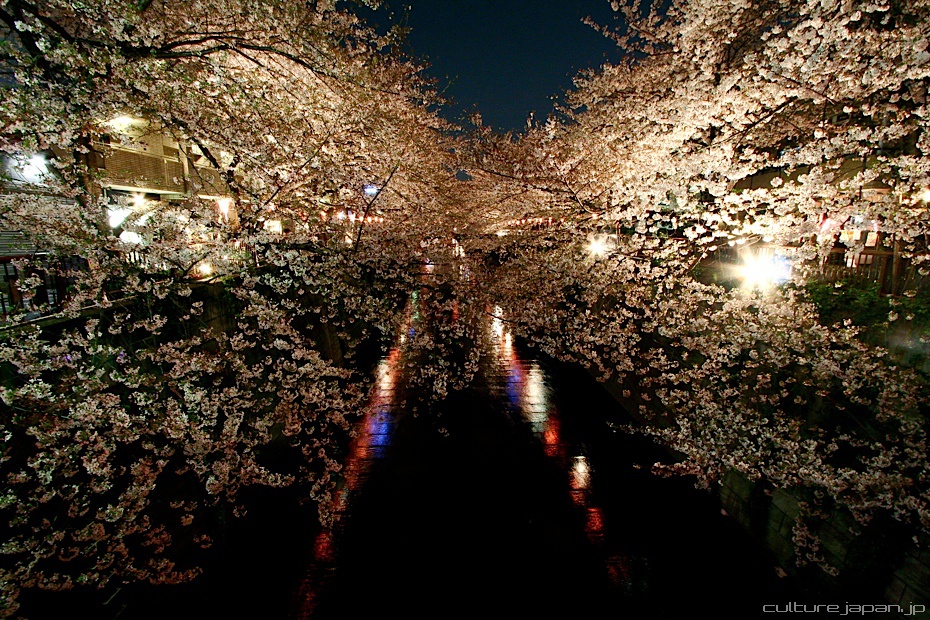 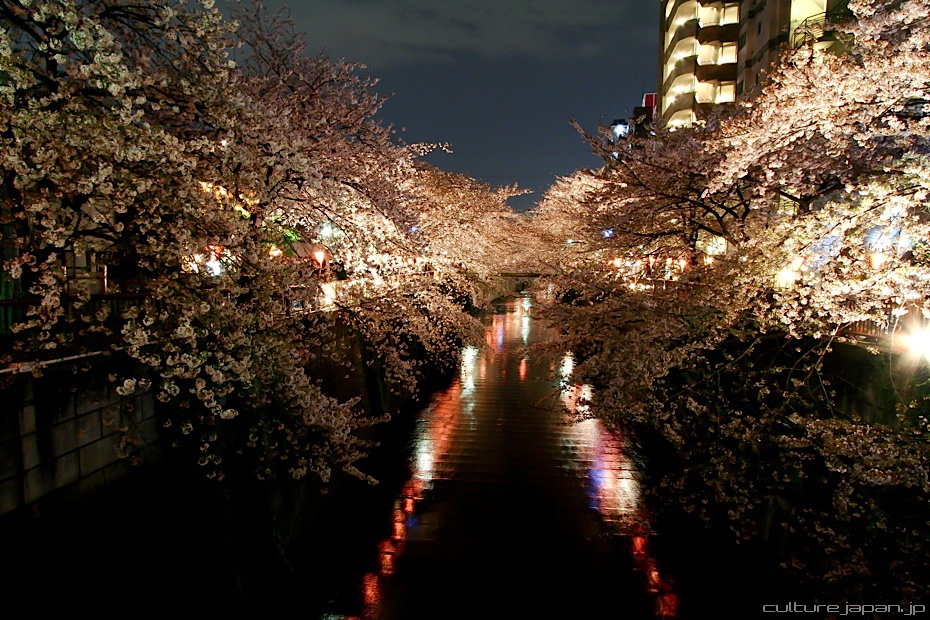 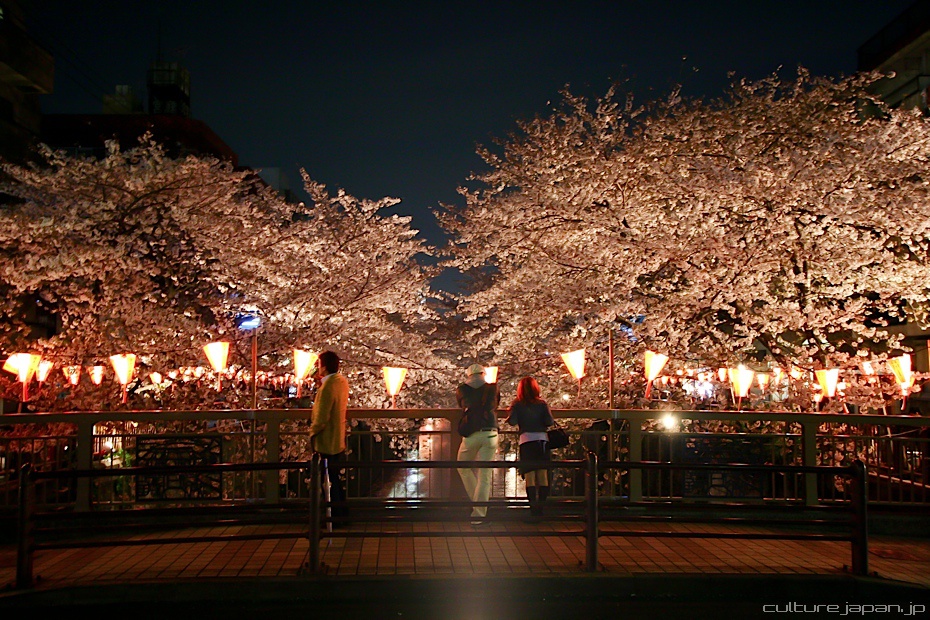 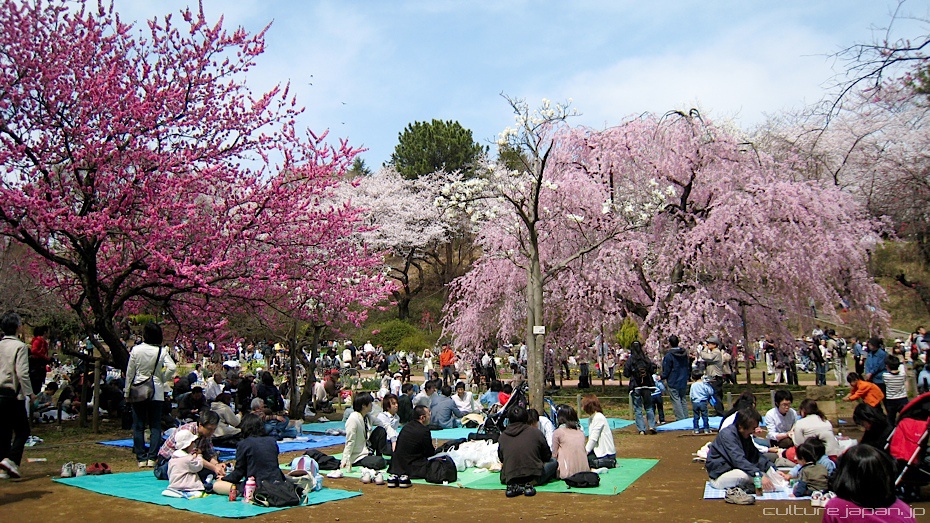 This photo was taken in 2008 and you can see more from this photo set in the Mitsuike Park post. 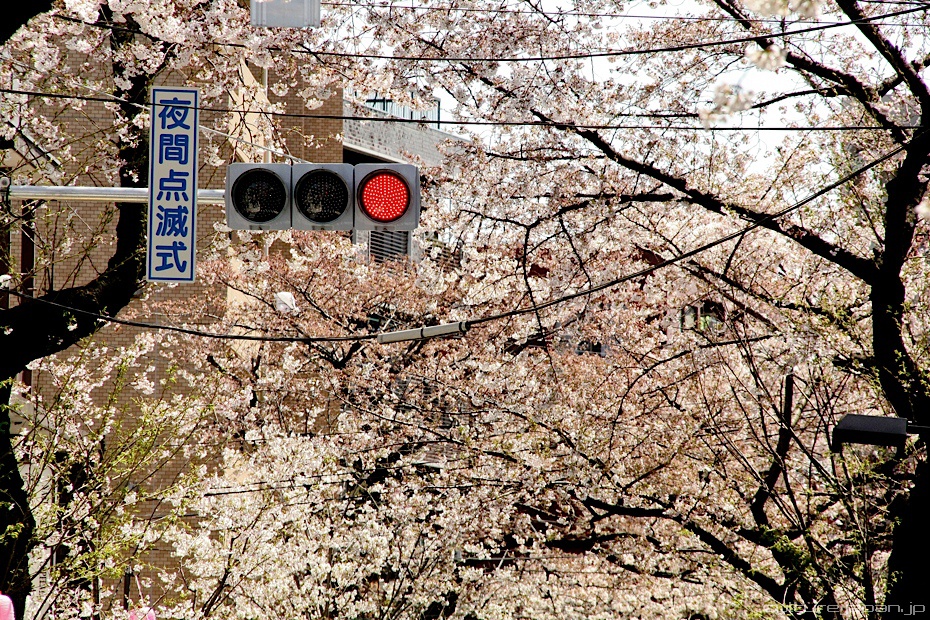 This photo taken back in 2009 and you can see the photos from that year in the Tokyo Cherry Blossom post. 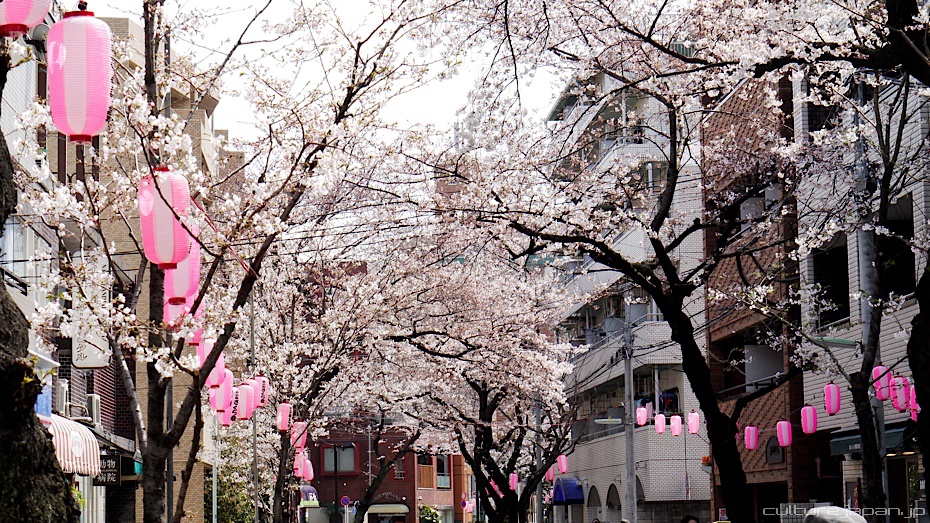 And you can see last years sakura in the Tokyo Cherry Blossom Season post.