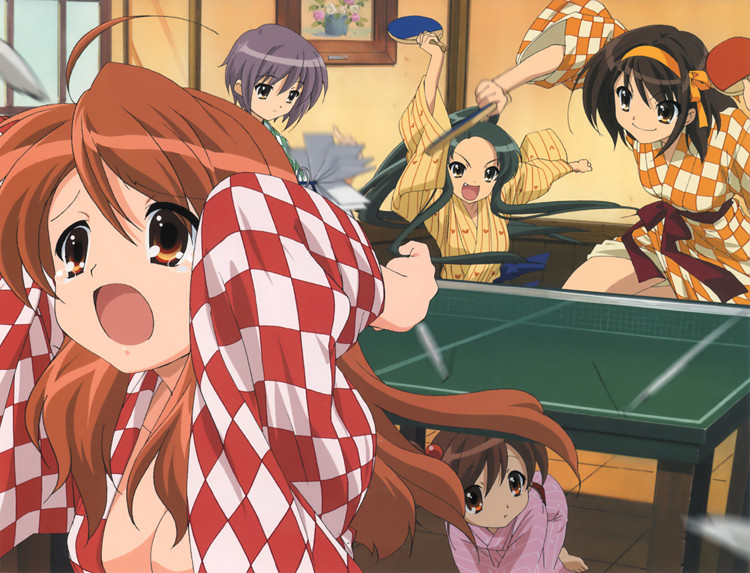 Looks like there is not much longer to wait until the second season of Haruhi airs.
Question - anybody here not seen the series yet?

Original text from Raz below.According to Newtype, the long awaited new season of Haruhi Suzumiya is scheduled to premiere in April.

Hints of a second season have been floated around in magazines and on the web - including the franchise's official website - since 2007. Kyoto Animation soon after announced that plans for a second season - a continuation of the first season - were scrapped in favor of an "all new" season featuring a different take to Haruhi. The story will continue to follow from the original material of the light novels, presumably a look at Haruhi prior to her entering high school along with other adventures and mishaps of the SOS Brigade.

High-Res: Unfortunately for Mikuru....Haruhi is back!