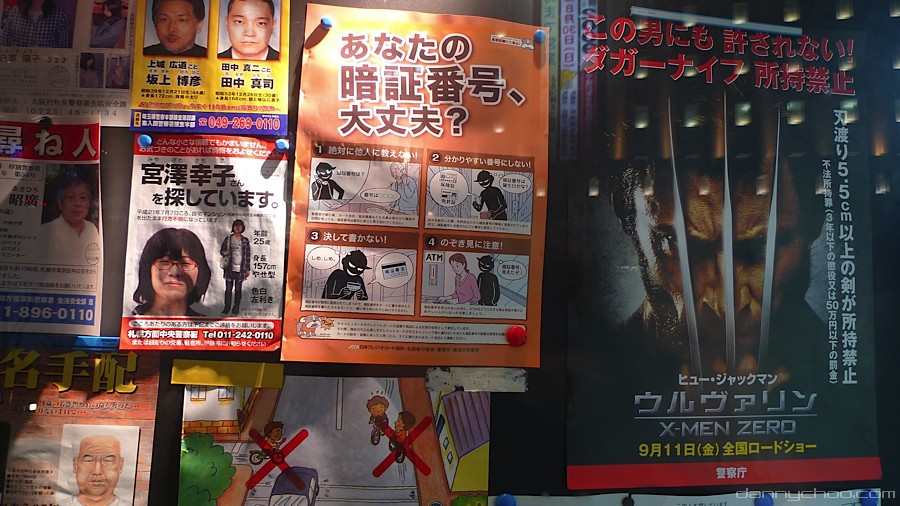 A notice board at a police station in Sapporo - included is a Wolverine film poster notice saying "Even this man cant be forgiven! Its forbidden to carry dagger knifes."

What are the laws like in your neck of the woods?
Wolverine out in Japan on Sep 11th. Heard many folks obtained a pre-release copy which still had the action wires in it. How was the film and was it as tasty as the previous X-Men movies?

Japanese trailer for Wolverine below. 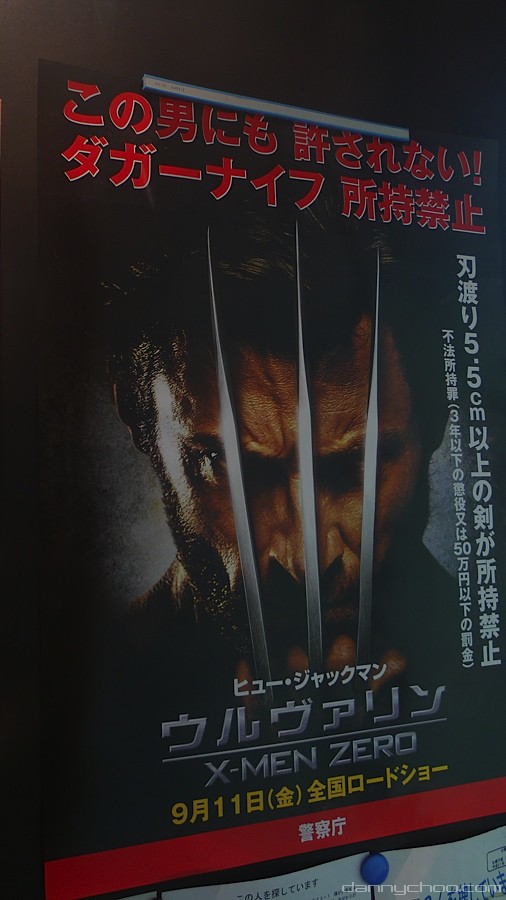