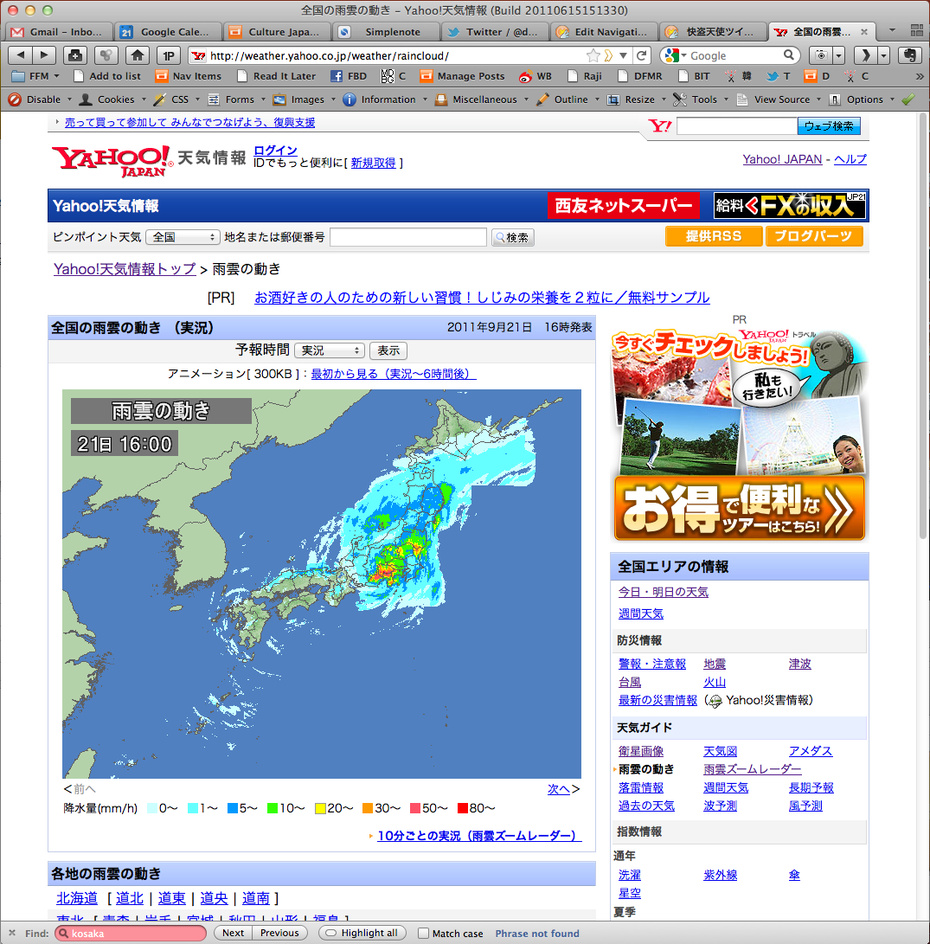 We are currently taking a battering by the Typhoon that's making its way across Japan. Its chucking it down outside right now and the wind sounds like a jet engine as it shakes the house.
So far 4 have died and 3 are missing. Flooding in many parts of Japan. Many blackouts too. Some highways are closed as things fall down like trees and wot not - I'm hearing stuff fall down constantly outside. My area in Meguro Tokyo seems to be not too bad but not a good time to be out n about.

Yesterday, as the typhoon made its way across Japan, over a million people were asked to evacuate the city of Nagoya.

A load of flights have been cancelled and the trains are not running on time either. Looks like Japan will be in the clear by tomorrow 3PM as the Typhoon heads up North. 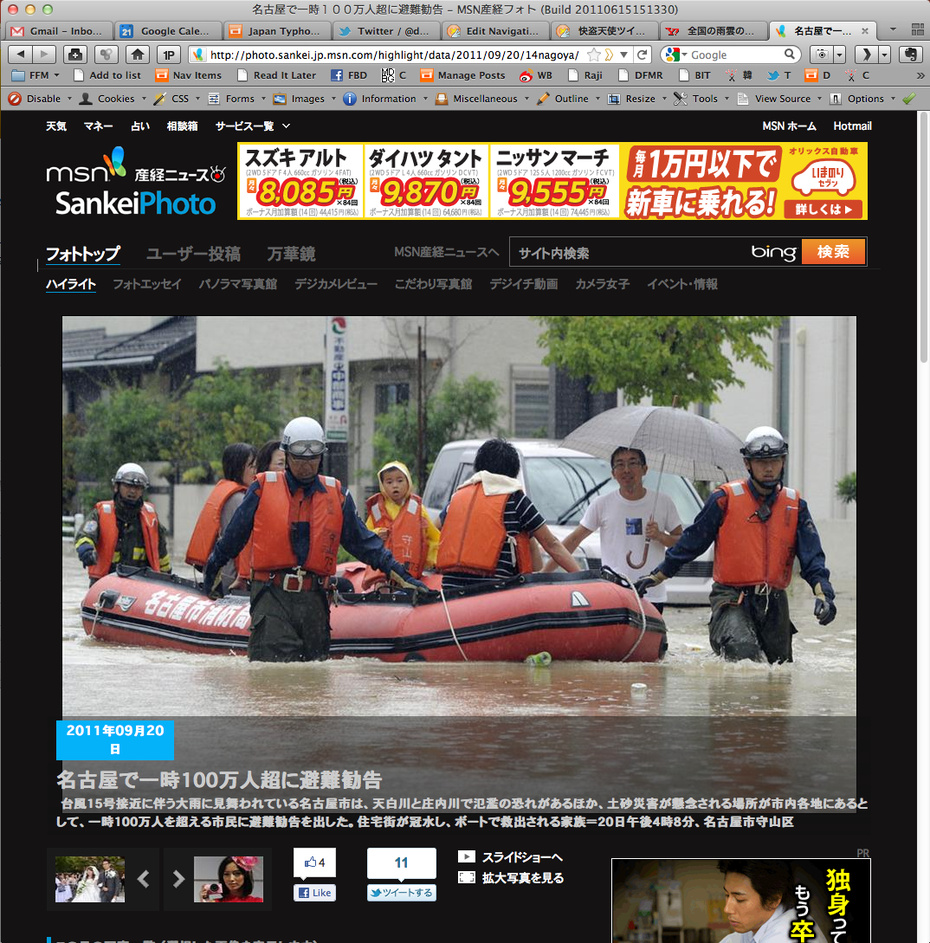 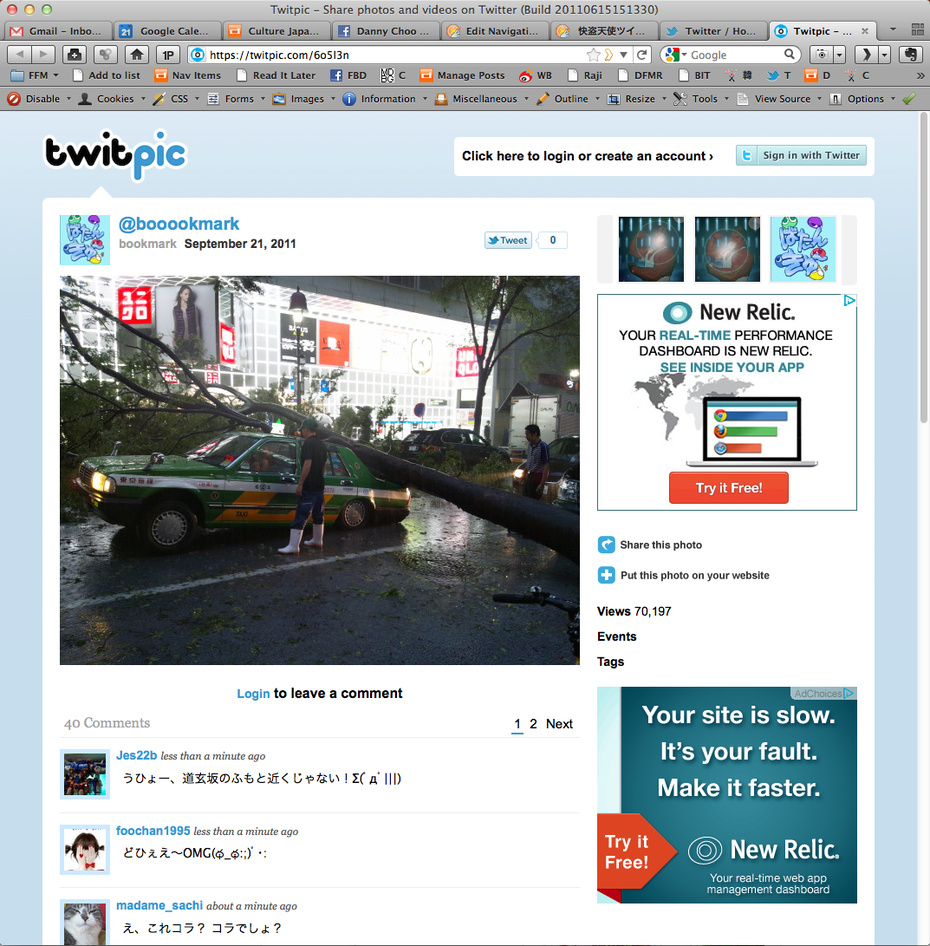