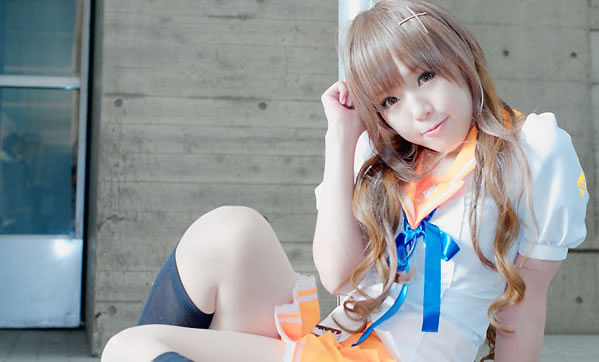 When leaving the Wonfes last Sunday, a few folks came up to the Mirai Itasha to take some photos of us struggling to get the 1/1 scale Mirai into the car. One person said that there was a Mirai cosplayer which I didn't believe ^^;

Then after coming back to base I see a few tweets leading me to photos of Kipi in Mirai cosplay! @.@ For folks who don't know who Kipi is then just check out this search query to see a load of her incredible work.

Was over the moon that Kipi decided to cosplay as Mirai (but miffed at the same time that I didn't get to meet her in person). Kipi writes on her blog:-
たくさんの人に、「何のコスプレですか？」って聞かれました
今回、コスしたのは末永みらい制服ver.
みらいちゃんは、カルチャージャパンというサイトのマスコットキャラクターなのです
むかし、たまたまこのサイトを見たとき、トップに使われてたみらいちゃんのイラストが本当に可愛くて、ずっと作りたいとおもっていました
使われてる画像が綺麗だし、読んででとても面白いですみんなでみらいコスしようぜ

Or roughly translated as:-
Many people asked "what cosplay is that?"
This time round its Mirai Suenaga (School uniform version).
Mirai-chan is the mascot character for a site called Culture Japan.
In the past, when I would stumble onto the site I'd see a really cute illustration on the top and have always wanted to do a cosplay of her.
The illustration is really nice and the site is a real interesting read. Lets all cosplay as Mirai!
But if you think you can do a better translation then leave it in the comments and I'll contact you for some part time remote work (payment by paypal) ^^;

Kipi actually posted a snap of the uniform in the making a few days ago - material from Okadaya. 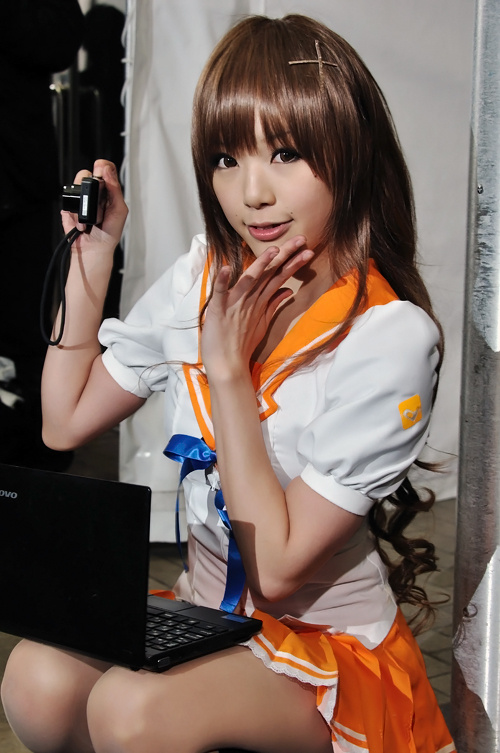 If you are wondering about the camera and computer - they are the accessories that come with the figma Mirai ^o^ If I had known she was going to be then then I would be brought Saber in Mirai-chan cosplay too to do that pose.
Photo by http://valencia2.exblog.jp/15879287/ 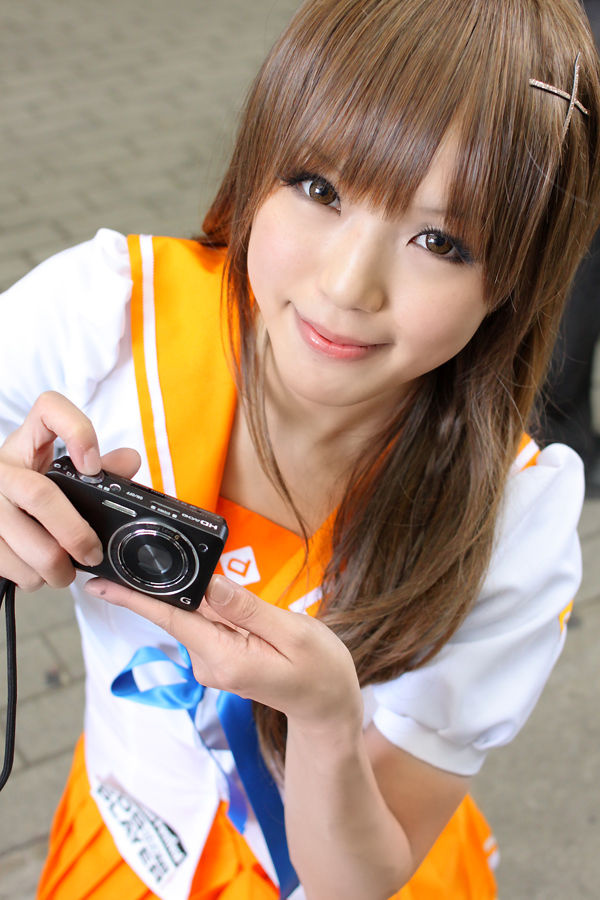 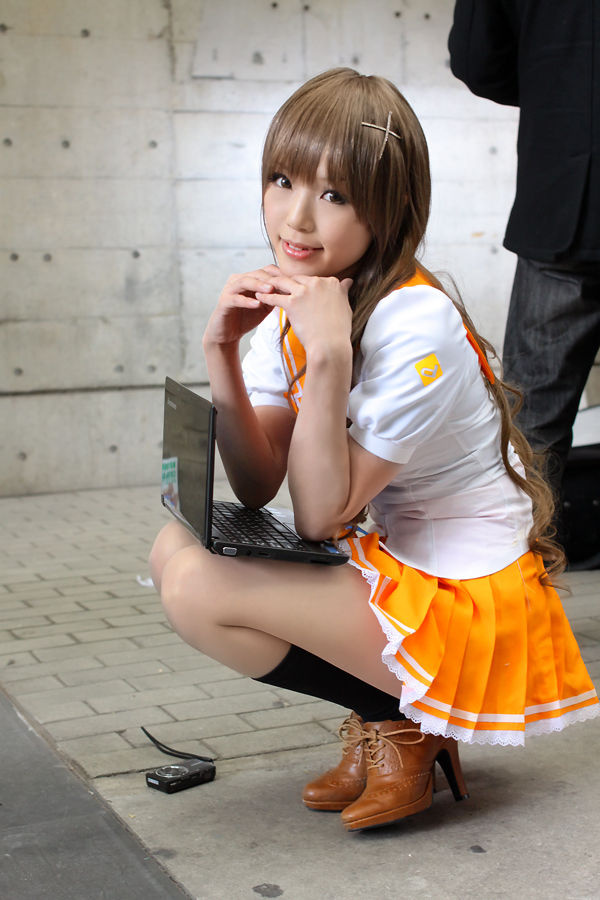 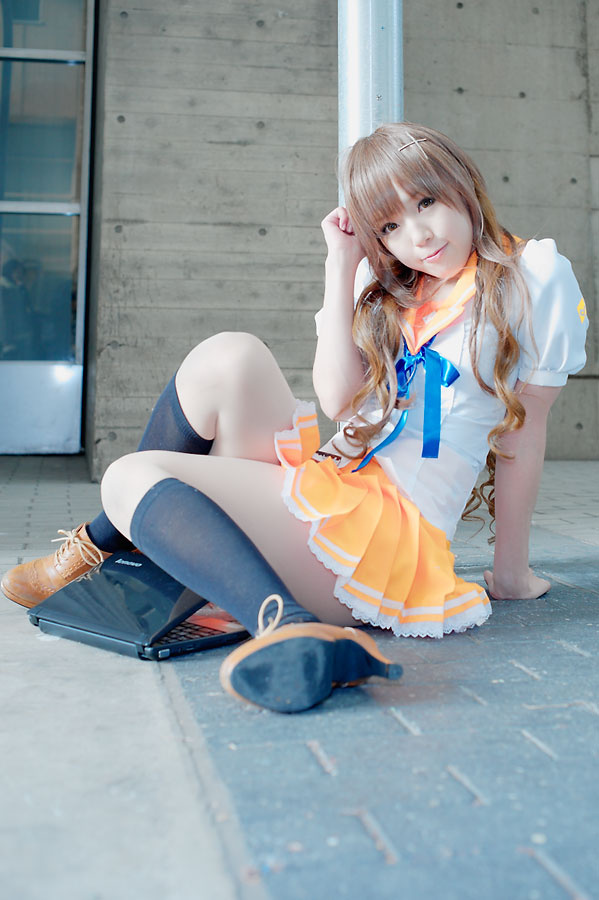 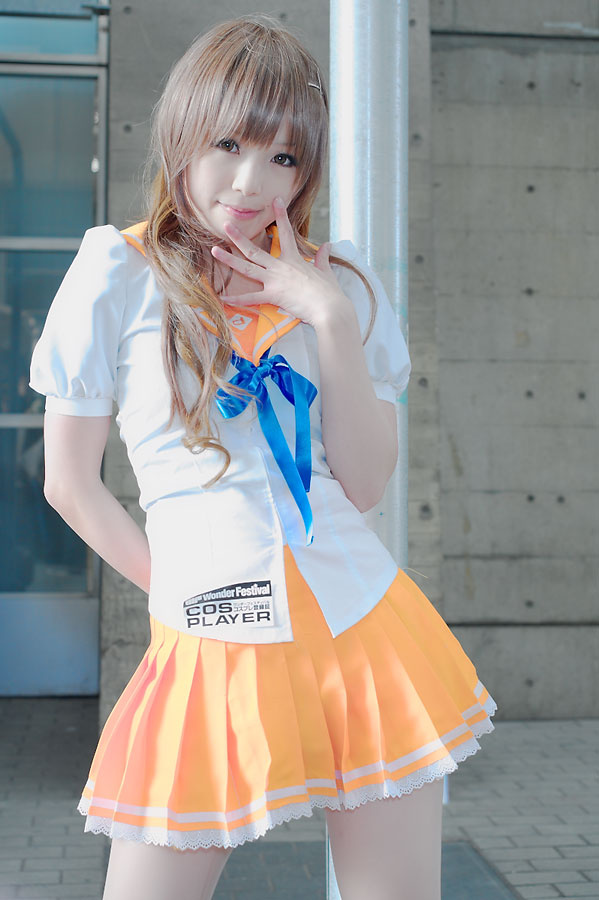 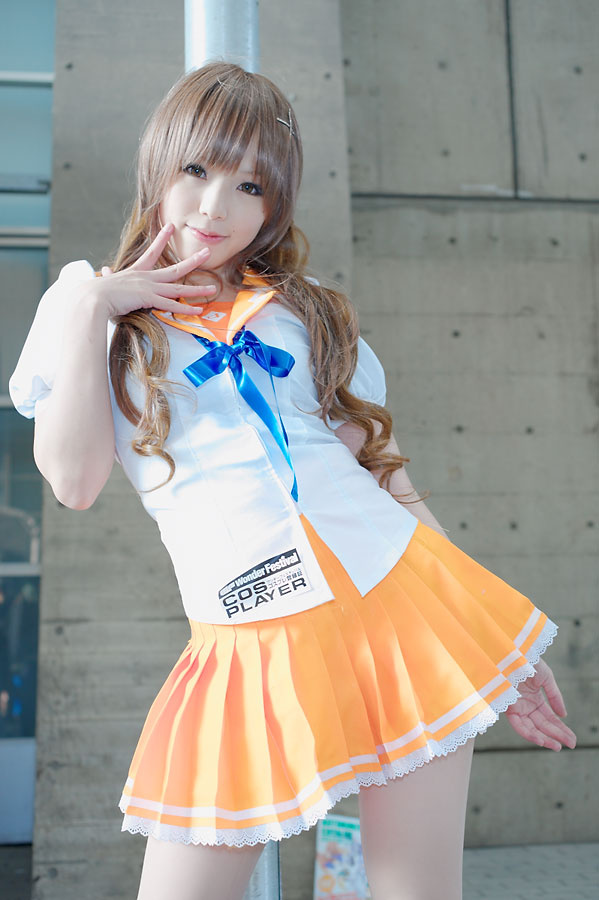 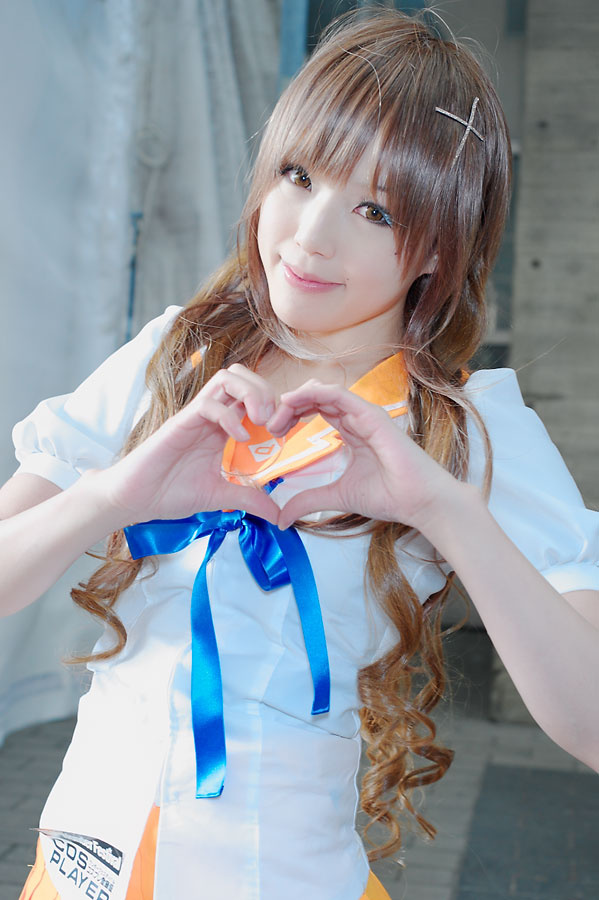 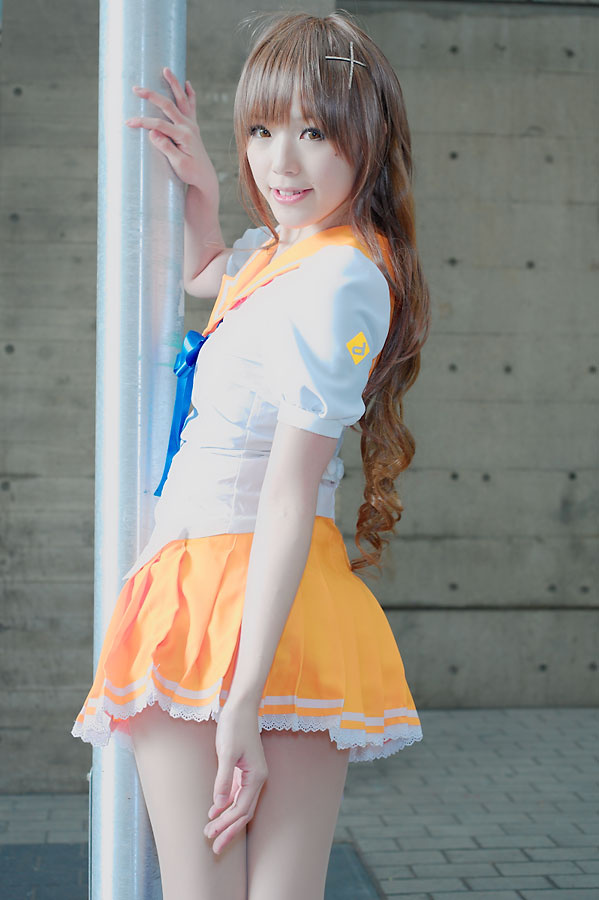 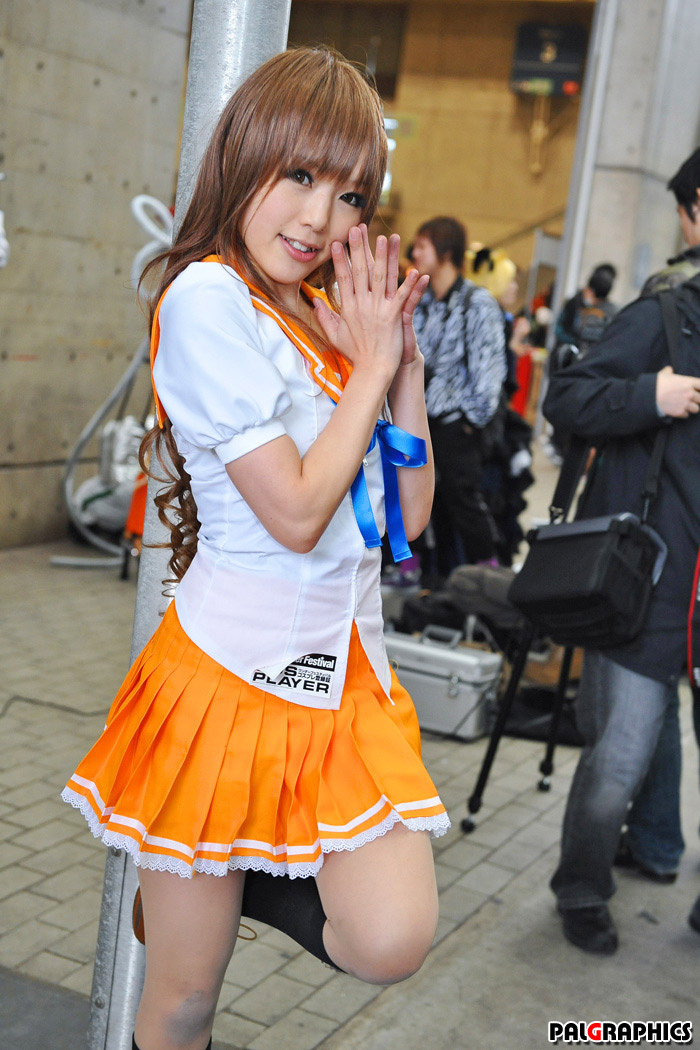 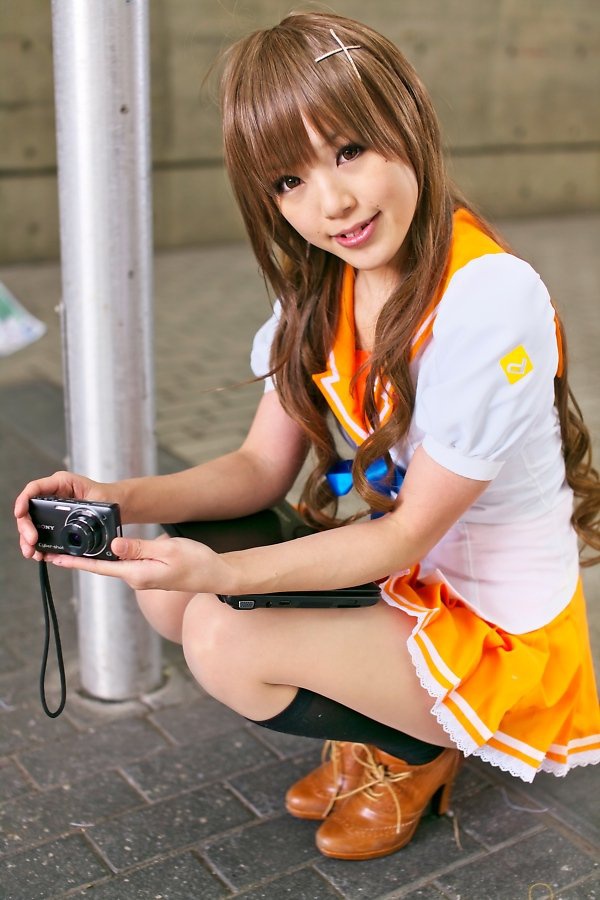 Dont know who took this photo - found it at this site where you can see a few more Kipi as Mirai photos. 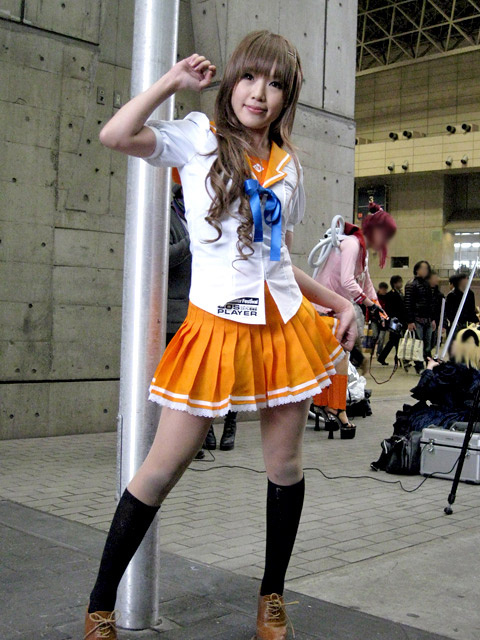