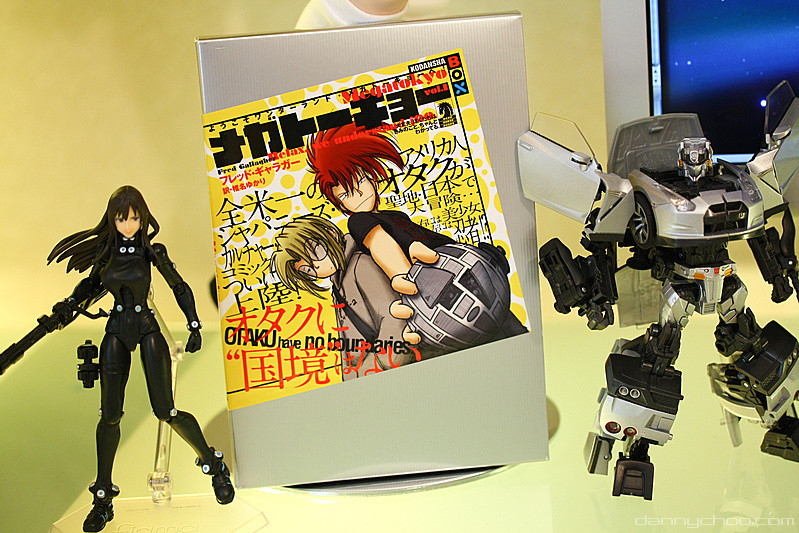 Congrats to comrade Fred Gallagher who is the creator of the immensely popular MegaTokyo - he makes it big in Japan too. A few words about Fred from his Wikipedia below.
Frederick Gallagher (born 1968) is an American illustrator who has become a full-time web cartoonist. He is best known as the artist, co-creator, and now full owner of Megatokyo. He also goes by the name of Piro, the main character of Megatokyo, whom he has stated is an idealized version of himself when he was in college. He took this name from the name of the cat in the visual novel Kanon.

Up until recently, his works have been targeted to folks outside of Japan but has been growing a following in the land of the rising sun - so much that they demanded a Japanese version of his works.

MegaTokyo Vol1 is available on Amazon Japan for 1155 yen.

Some snaps from inside the book below.