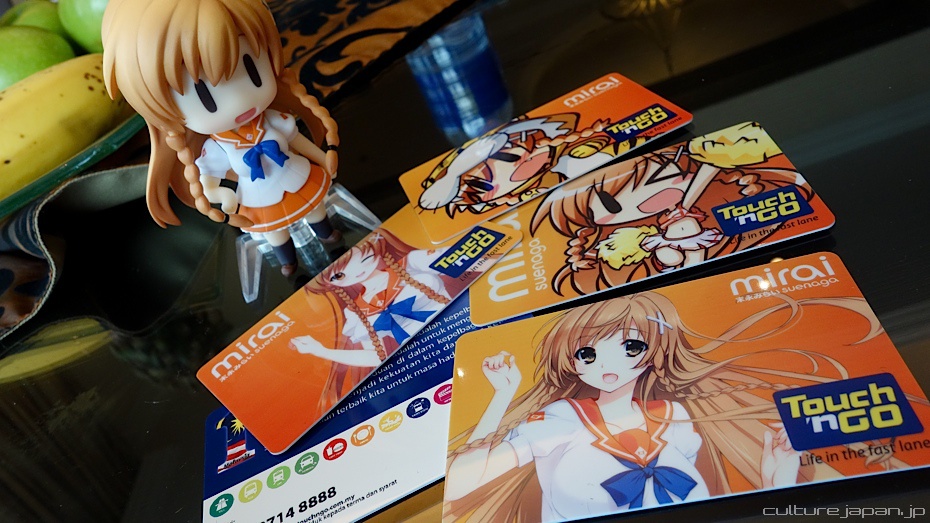 Update for 2012/12/22 (Saturday)
I need to apologise to folks who lined up for many hours to get a Touch n Go card at Comic Fiesta only to be told that they were sold out - Touch n Go only brought along a limited amount as they didn't think that they would sell that much ^^;

But I have managed to get hold of another 60 which we will sell tomorrow morning at Comic Fiesta (Sunday). We can only sell 1 per person and we only have the tora version.

If you cant make it tomorrow, Touch n Go said that they will bring 400 pcs to Culture Japan Night next Monday 24th - they will have all 4 designs.

Again I would like to apologise but at the same time thank you all for the overwhelming response - as long as upper management believe in our brand too then many different designs of the Mirai Suenaga Touch n Go will be available over all of Malaysia.

We did it folks! Mirai Suenaga Touch n Go will be on sale at Comic Fiesta 2012! Thanks to your calls to the Touch n Go call center and the petition, the folks at TnG realised the importance of kicking this project off at Comic Fiesta. Thank you! You are most awesome!

The cards will be sold by the TnG staff at the Culture Japan Mirai Kopitiam booth inside Comic Fiesta. They will have a small area at our booth where they will be selling 4 designs. Each card will cost RM20 - RM5 more than the Doraemon card because its not mass produced. If we sell enough then it will be mass produced and should be sold for RM15 across Malaysia.

All cards dont come with credit so you need to charge them at the usual places before you can use them. No discounts for these I'm afraid. 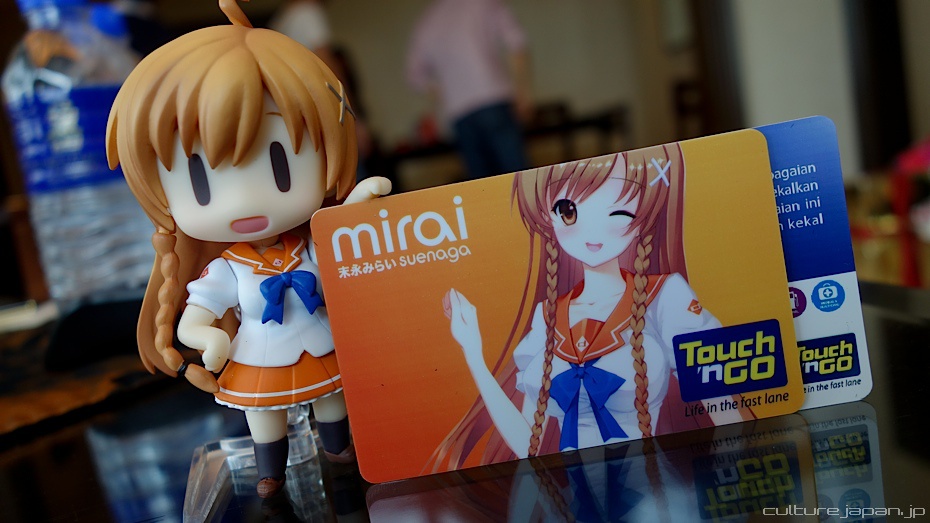 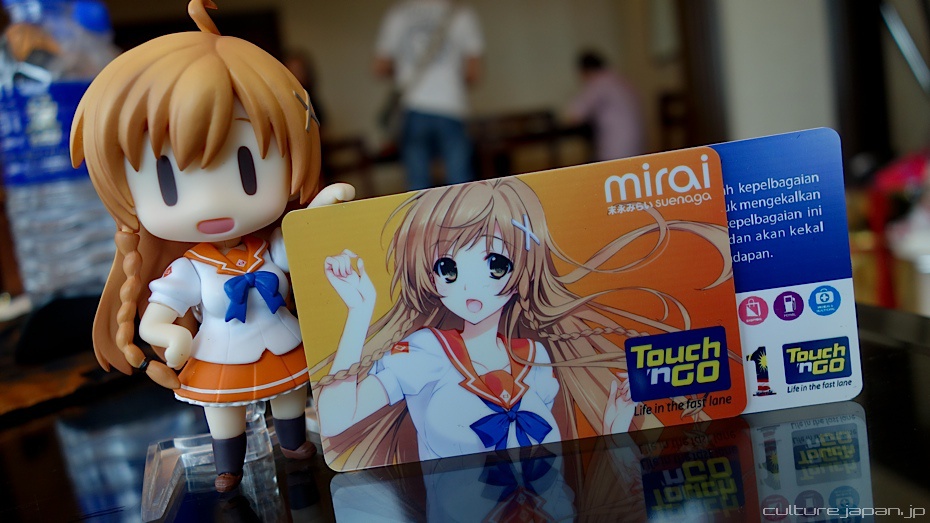 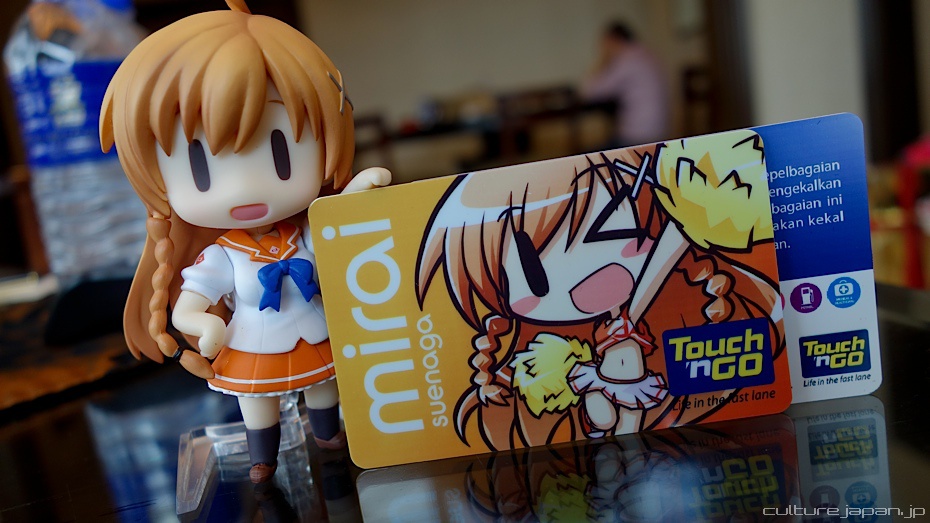 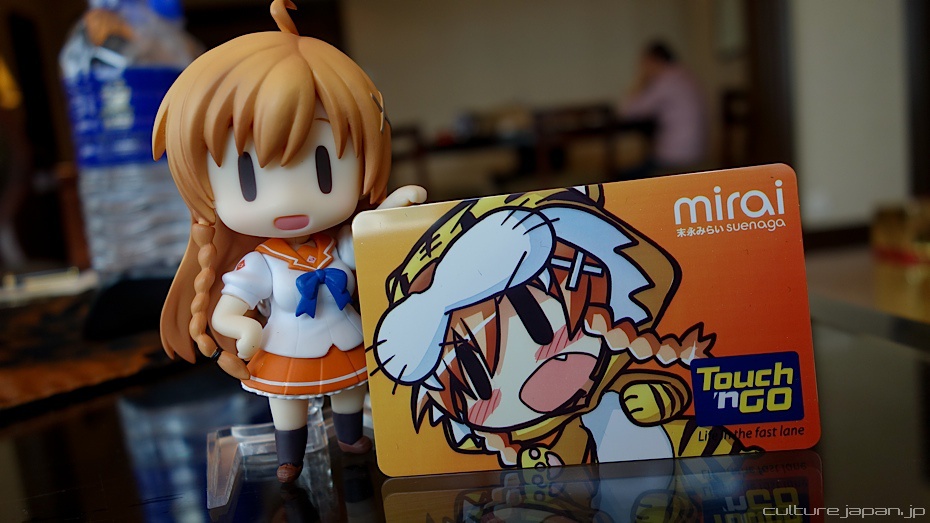 And Malaysia's national mascot - the tora version by Ikkyuu-sensei! 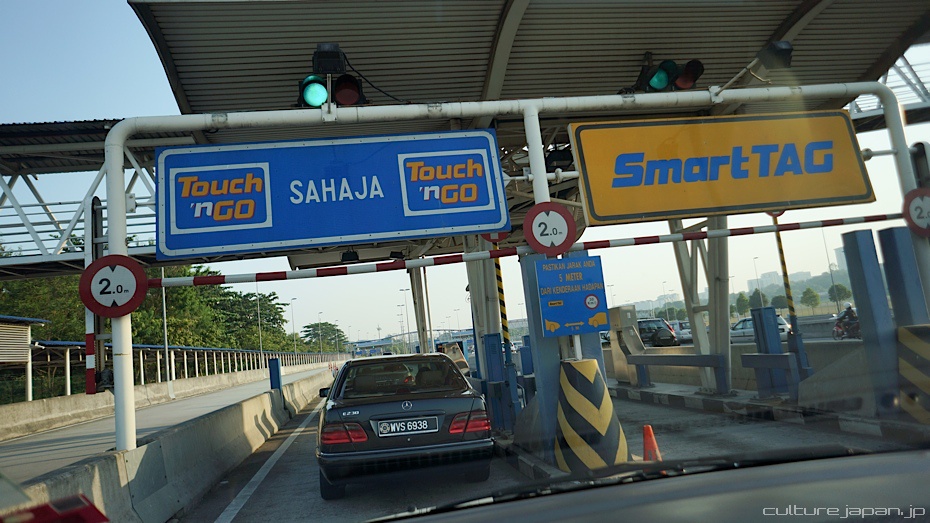 Touch N Go is used everywhere - its used to get on the trains, busses, pay highway tolls, used in convenient stores and much much more. 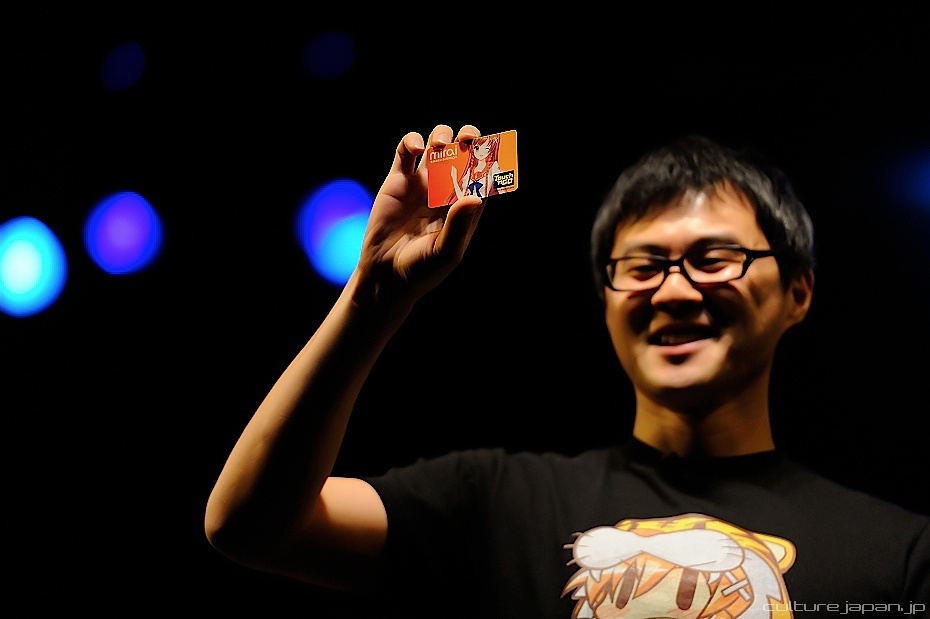 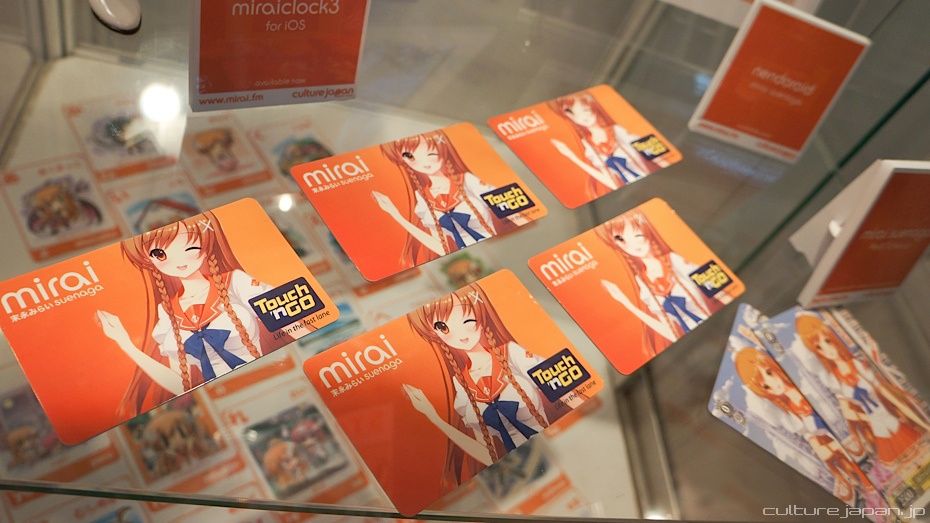 Had a few on display - were so sought after that a few people tried to break into the cabinets and take them @.@ ;;;

What form of electronic payment cards do they have in your region? I think london has Oyster and Hong Kong has Octopus? Or was that Singapore?