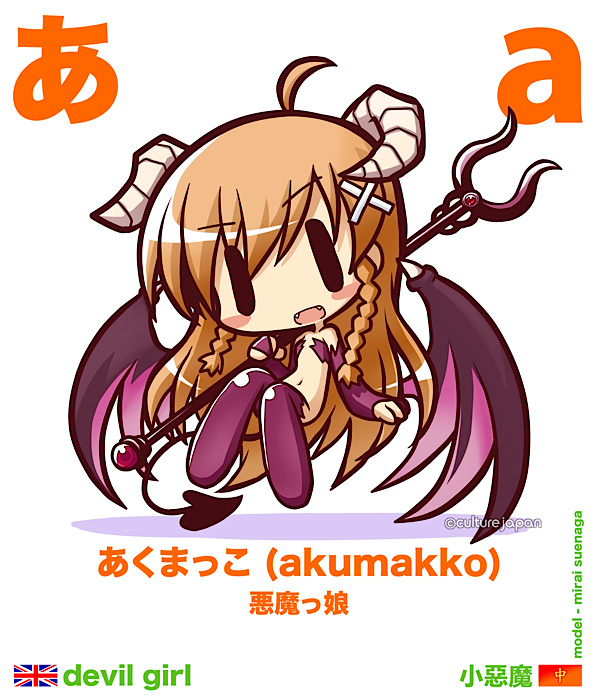 Hiragana - its the Japanese equivalent of the English alphabet where all 47 characters are used to make up words. There were originally 50 hiragana but the Japanese government got rid of 3 because they sounded too much like other existing hiragana. The whole hiragana set is still called "Goju On" meaning "Fifty Sounds."

My mascot characters Mirai Suenaga, Haruka Suenaga and Kanata Hoshikawa will be teaching you all 47 hiragana and are brought to you in a most adorable chibi form by Ikkyu-san.

Learning and understanding Japanese helps to enrich ones enjoyment of Japanese Pop Culture - even more so if the content is moesome ^^; We previously learned hiragana from Mirai in 3D form and I'll be working with my girls to bring you more Japanese language material in various media forms including products.

You can use this in a sentence like:-
Boku no sensei wa akumakko ni niteiru
僕の先生はあくまっこに似ている。
My sensei looks like a devil girl.

All hiragana in this series will be tagged "hiragana".

How much hiragana can you read?

BTW, just wondering if you have Japanese fonts installed? 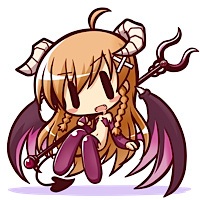