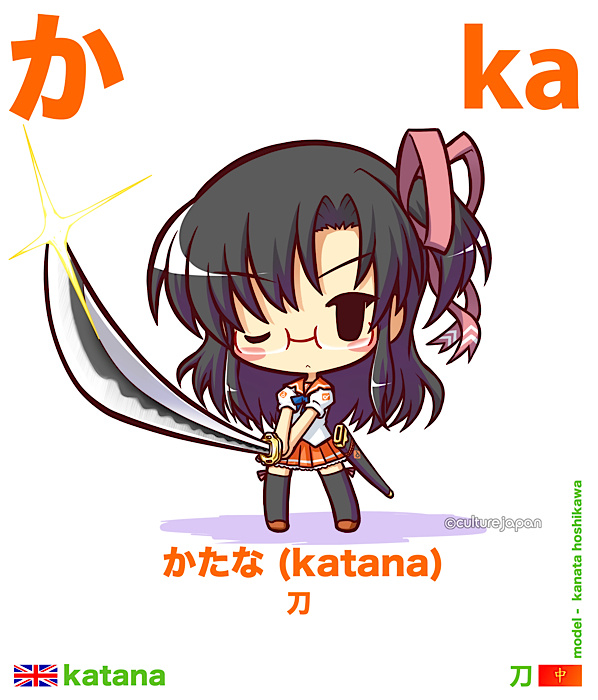 Following on from the previous hiragana in this Moekana series which was お, today we learn "か" (ka) which is pronounced like an abrupt "ka". Today's word is "かたな” (pronounced "katana") which means "sword" but is most often used to describe a Japanese or Samurai sword.

The katakana equivalent of "か" is "カ".
Today's model is Kanata Hoshikawa illustrated by Ikkyu-san.

You can use this in a sentence like:-
Kono katana de omae no namakubi tobashiteyaru
このかたなでお前の生首を飛ばしてやる
Your head shall fly by this katana

Write out "か” 50 times on the windscreen of the nearest police car and say "か” 20 times in the face of the police office while doing it.
Any other word that begins with "か" that's otaku or Japan related that you can think of?

Which is your face mascot out of the three?

All Hiragana in the Moekana series will be tagged "hiragana" 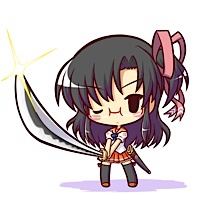