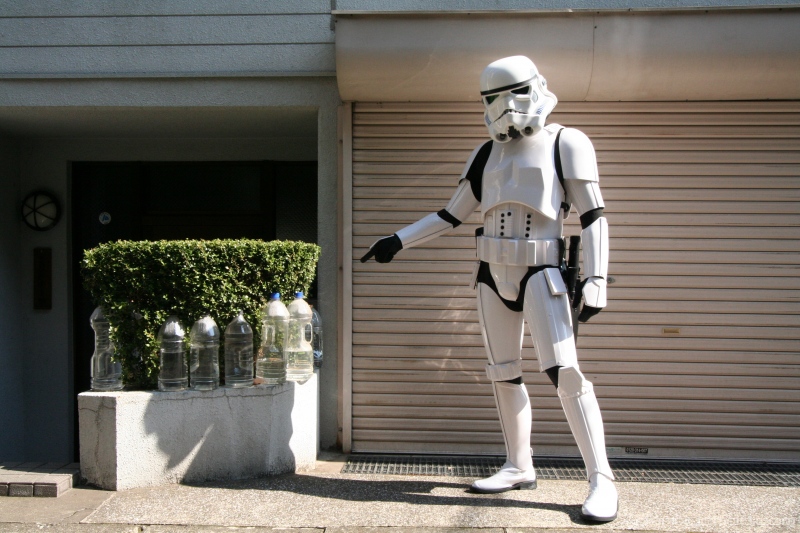 When I first came to Japan, I saw these bottles of water all over the place. They were usually located near a wall or lamp posts outside houses. I had absolutely no idea what these bottles were for and could only think of one logical reason - that they were put there by Keron aliens for a laugh.
On my second visit to Japan, I bothered to ask my friend and he said that they served the purpose of scaring off cats. Neko Yoke (pronounced Neko yo-kair) is the word used to describe these bottles of water or devices that scare cats away.
Apparently, reflections in the water are supposed to generate holograms of fifteen feet tall fire breathing dragons which cats generally dont like. Another theory (which sounds unlikely) is that the suns reflections in the water scares cats.
So now you know. But whatever you do, if you're thirsty and want a bottle of water - dont go onto a Seven Eleven asking for "Neko Yoke". 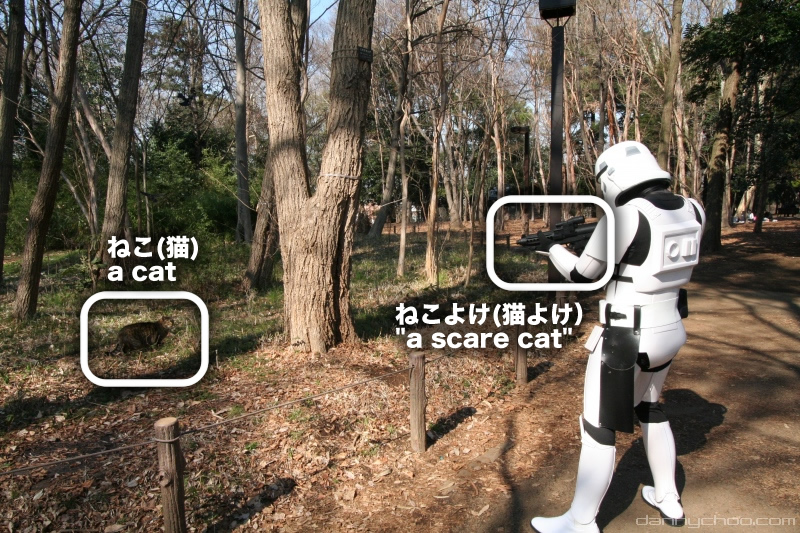 I dont know about bottles of water but this is my type of Neko Yoke - an Imperial Blaster. If you set the blaster to "high", you can melt the cat without any mess at all - the remains get so hot that it evaporates. Any carrots, corn or spinach that the cat may have had for dinner is immune to your blaster which could be handy if you're feeling peckish (somewhat hungry) at the time.