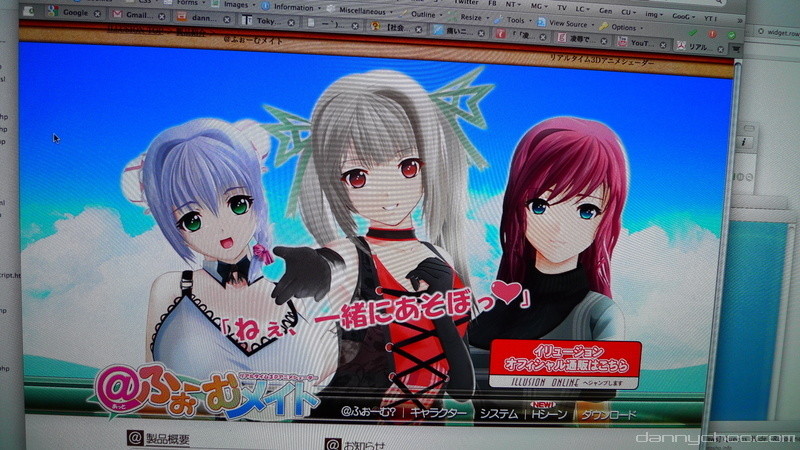 "Ryojyoku" 凌辱] is a term in Japanese to refer to the act of insulting or violently raping.
The game Rapelay by Illusion is a ryojyoku eroge where the player can violently rape girls on the train and also rape their younger sister, mother, impregnate and force abortion.

Rapelay was brought up as an issue in the British parliament back in February and the Japanese authorities have just started to take action and ban the production and sales of these ryojyoku type games.

An eroge shop assistant says that about 10-20% of customers enjoy ryojyoku games. A report on the new law below.

What do 2ch users at Itai News have to say about all this?
-Why?!
-The end of vile otaku
-What do you get for taking away health material (okazu) away from otaku?
-Why games only?
-But ryojyoku games are much more interesting than normal dating sims
-Does that include perversion games?
-They should focus on banning adult videos first
-They are going to ban all eroge in the end
-Completely goes against the freedom of expression
-As long as they leave the loli stuff alone
-I agree - games like this do nothing for society
-Then they should ban dramas and anything that involves murder!
-So raping in adult videos is OK and games is a nono?
-I must be having a bad dream
-Looks like the end of the eroge industry
-I dont care as long as they leave other genres alone
-How about tentacles - tentacles are still OK right?
-Please leave the Moe and crying games alone
-Without eroge I need to change my whole health-care cycle!
-Looks like the beginning of eroge which are not ero
-Illustrations are out but real (rapes) are OK? I love this beautiful country Japan!
-Fuzakeruna! (WTF)
-This is madness! (完全に頭狂ってるな )
-Rape statistics
1位 South Africa 1.19538 per 1,000 people
3位 Australia 0.777999 per 1,000 people
5位 Canada 0.733089 per 1,000 people
9位 America 0.301318 per 1,000 people
13位 England 0.142172 per 1,000 people
15位 France 0.139442 per 1,000 people
16位 Korea 0.12621 per 1,000 people
24位 Germany 0.0909731 per 1,000 people
41位 Russia .0486543 per 1,000 people
54位 Japan 0.017737 per 1,000 people
http://www.nationmaster.com/graph/cri_rap_percap-crime-rapes-per-capita
To the countries complaining about Japan - do something about your country first
-Calm down you guys!
-OK, this means war

As for the photo - snap of the latest game from Illusion At Home Mate which you can see below - NSFW.