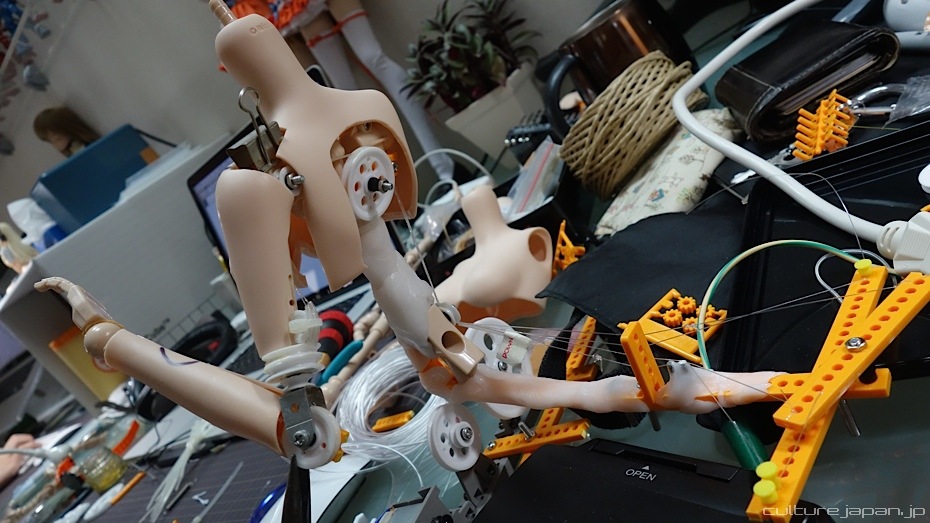 For the past few months we have been working on a different approach to building Smart Doll Automatic Version - using a system of pulleys which are controlled by servo motors - rather than having servos placed in all the limbs.

The main problem we faced with the servos in the limbs was the lack of torque needed to be able to move the limbs especially when they are clothed. Then where was things like overheating issues too.

I told myself that there just had to be a better way to do this - most probably with pulleys. It turns out that somebody had done something similar back in 1988!

This photo was taken a while ago when we started to develop our own pulley system. Check out the video below to see progress - movements will be smoother with the motors installed. 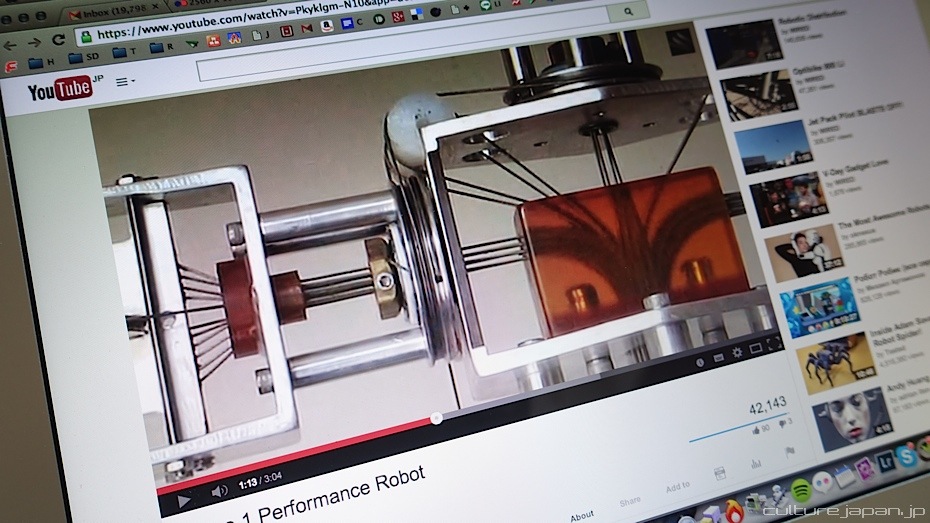 This is the Slave 1 robot - made in the 80's, it consists of wires which are controlled by motors at the base of the robot. The great thing about such a system is that motors dont have to be in the limbs and that we can provide stronger torque to move a fully clothed doll. The drawback of the Slave 1 is that it had to be attached to huge base. See the Slave 1 in action below.

This is an early model of our proof of concept pulley system Smart Doll. We use fishing wire which can withstand quite a few KGs of weight.

Here are the more recent photos without the servos installed. 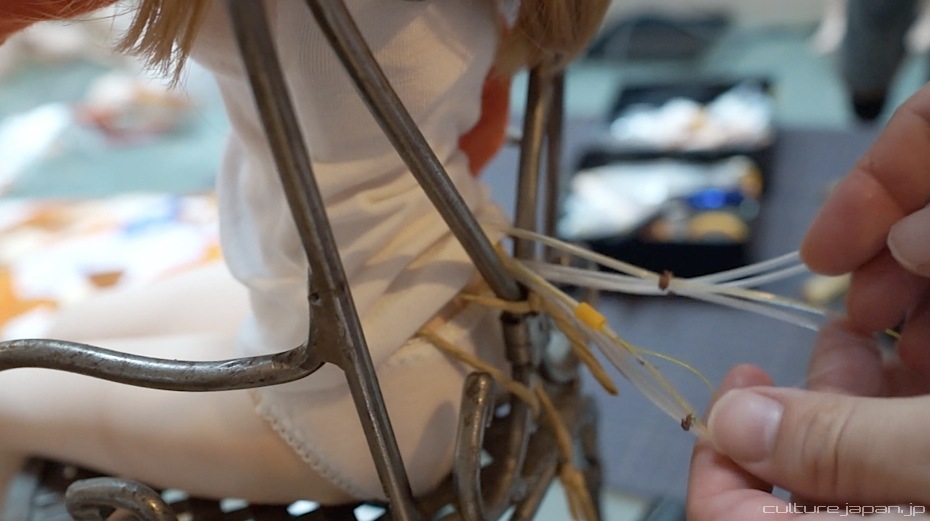 At the moment the wires to control the pulley system come out of the Smart Support Socket but after the proof of concept is complete then we will 3D print a casing to house the system. 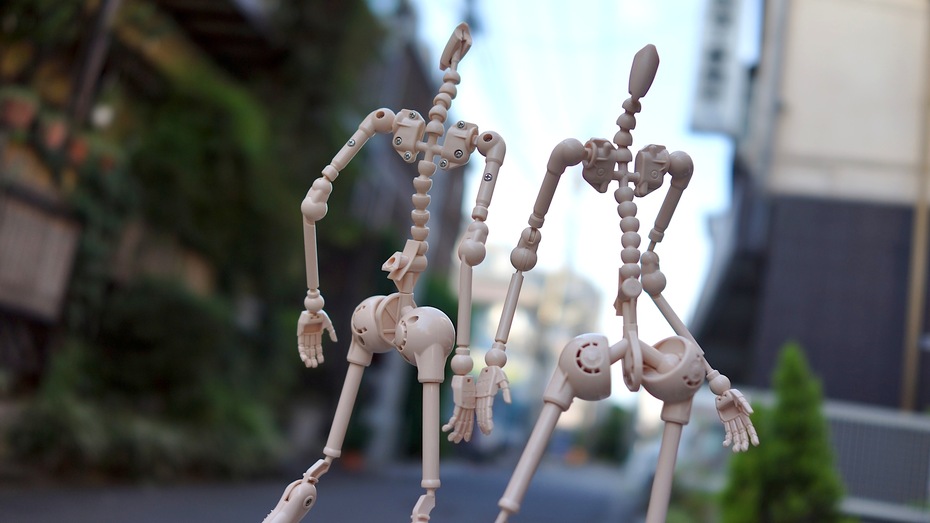 The pulley system will utilise a modified version of the MiraiFrame which is used inside the manual version of Smart Doll. 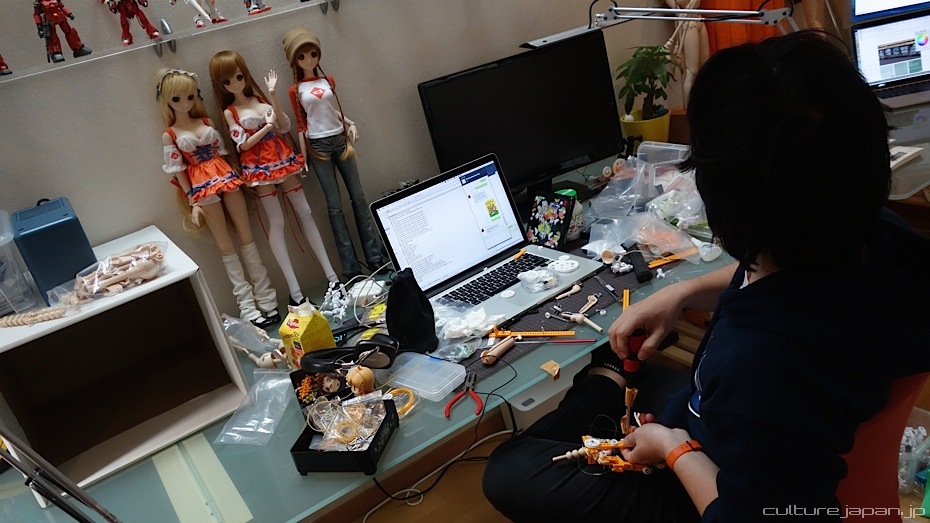 And this is what the development area looks like ^^; 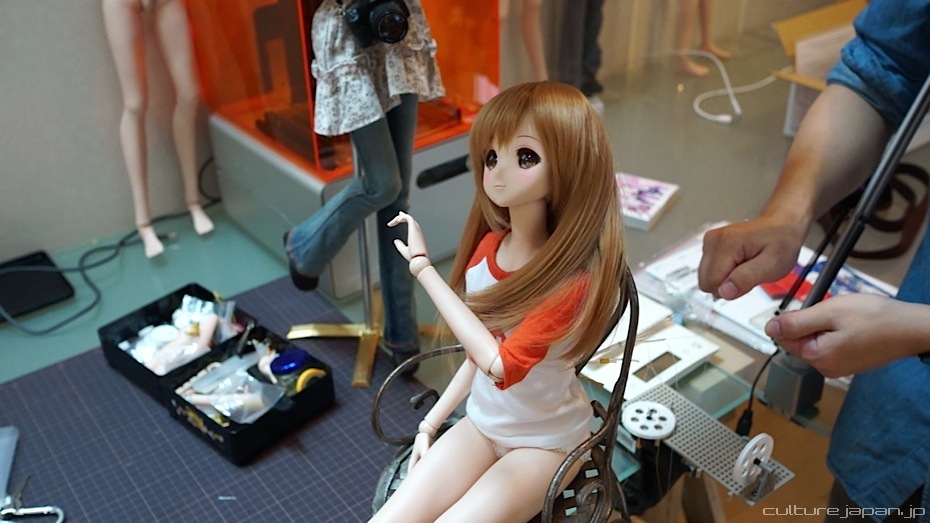 And here are some screenies from the video - all the pulleys should be attached to motors late September and all be housed inside the torso.
Mirai cute >< 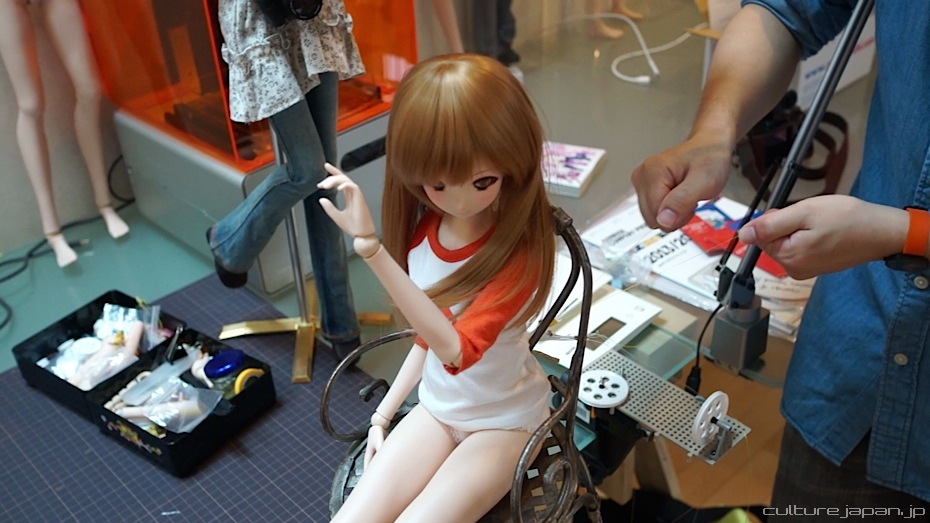 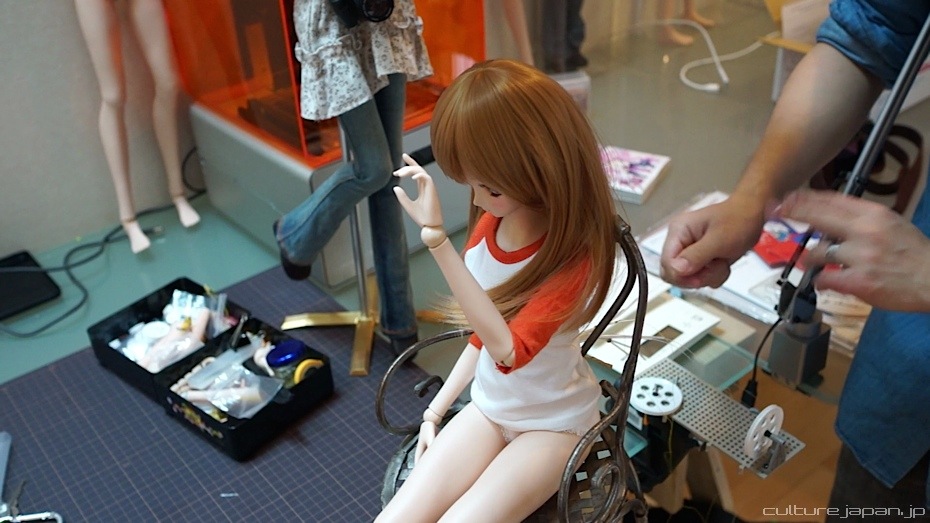 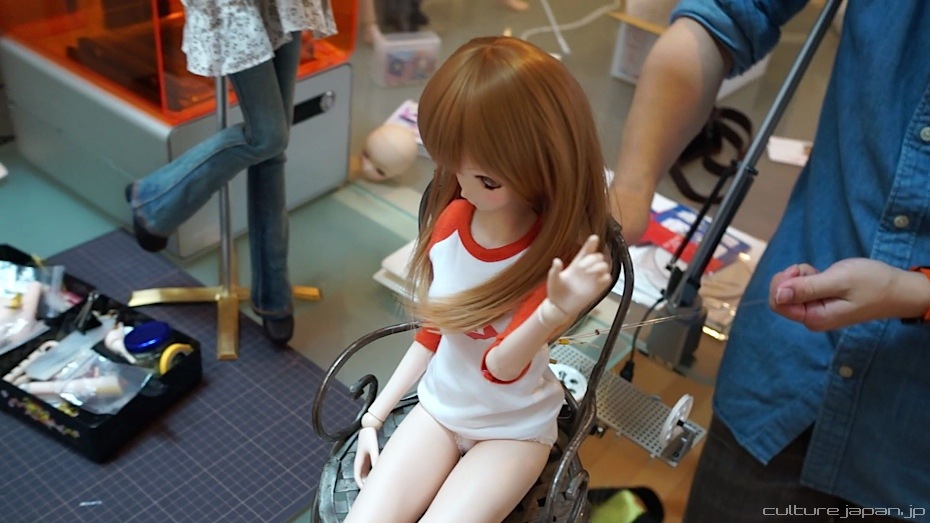 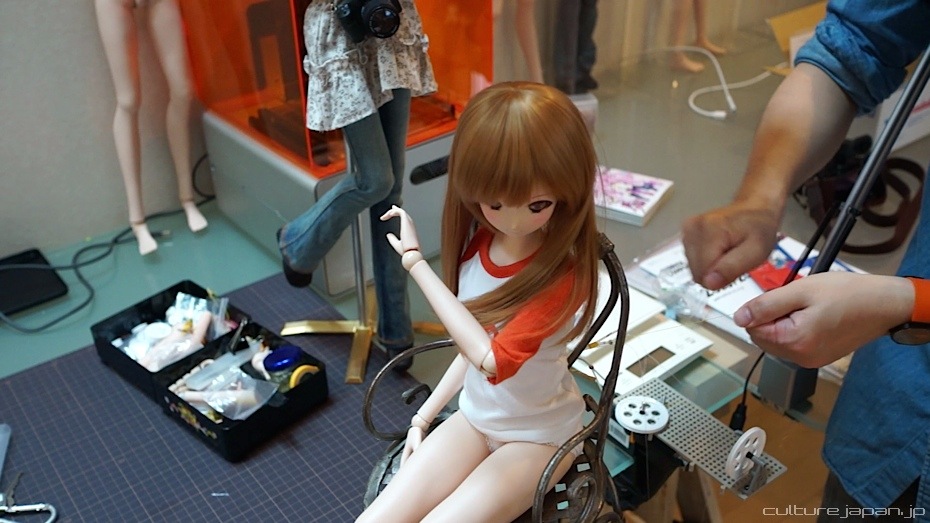 And here is a video of her in Idle mode.

And this is the latest motion test video.