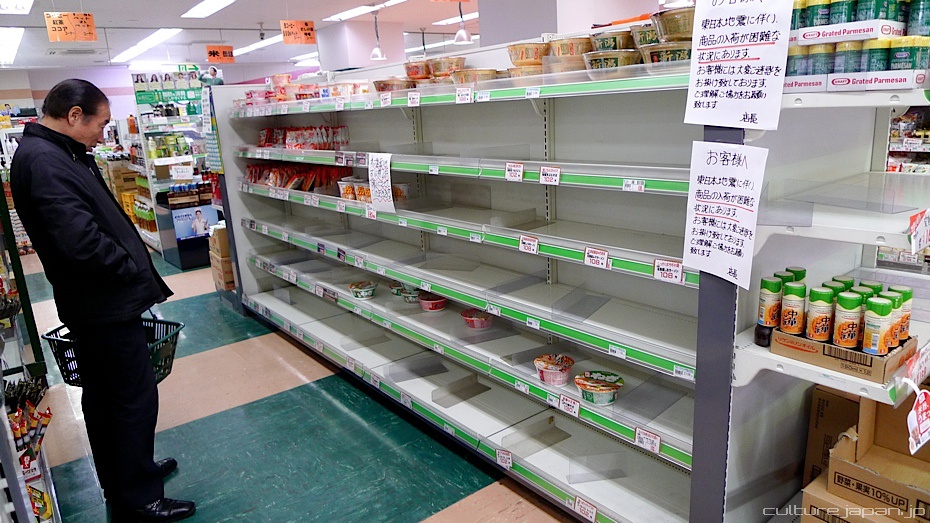 About a week ago, shelves in supermarkets across Tokyo were looking pretty much like this - nekkid. One of the reasons brought up in the foreign press was that many folks were hoarding by buying up as much as they could which was true. But another reason why shelves were empty was because many factories and suppliers had their infrastructure and logistics affected by the quake meaning that stuff just was not able to get to its destination. 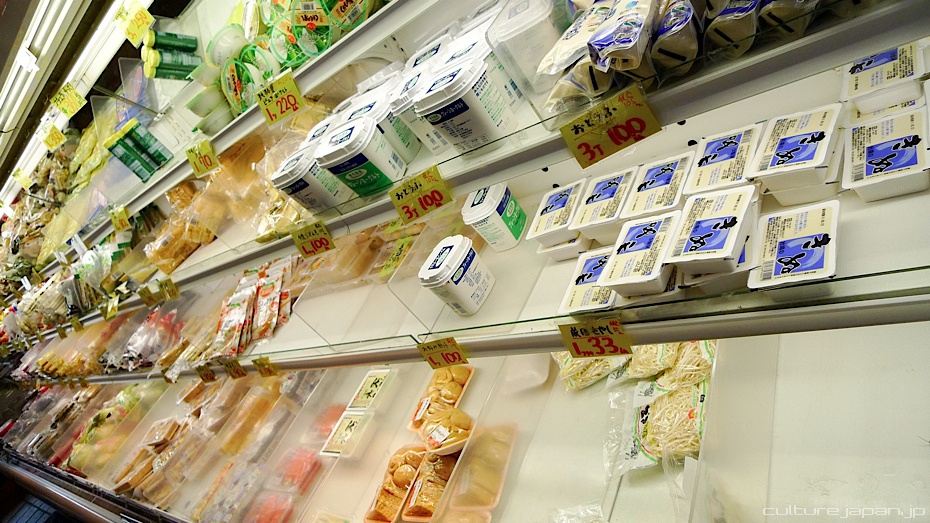 Following photos taken about a week ago. 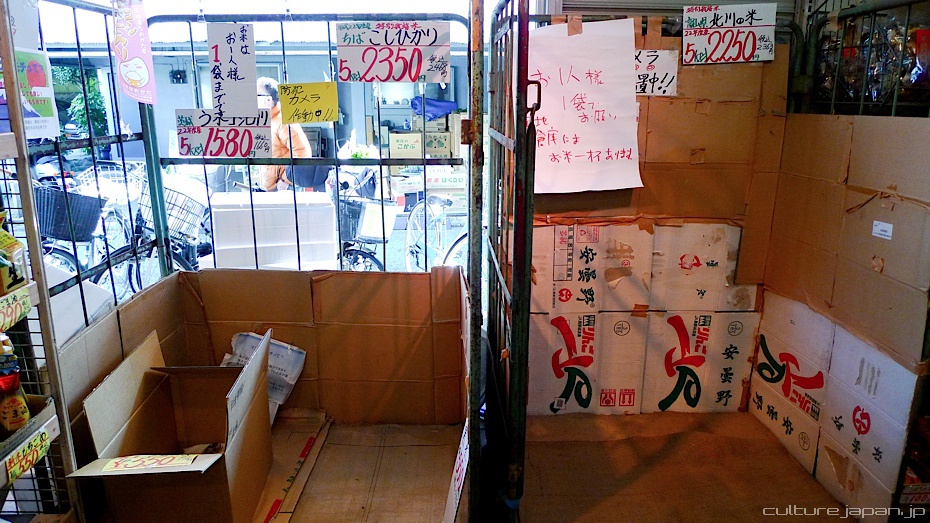 Many shops restricted items to one per person. 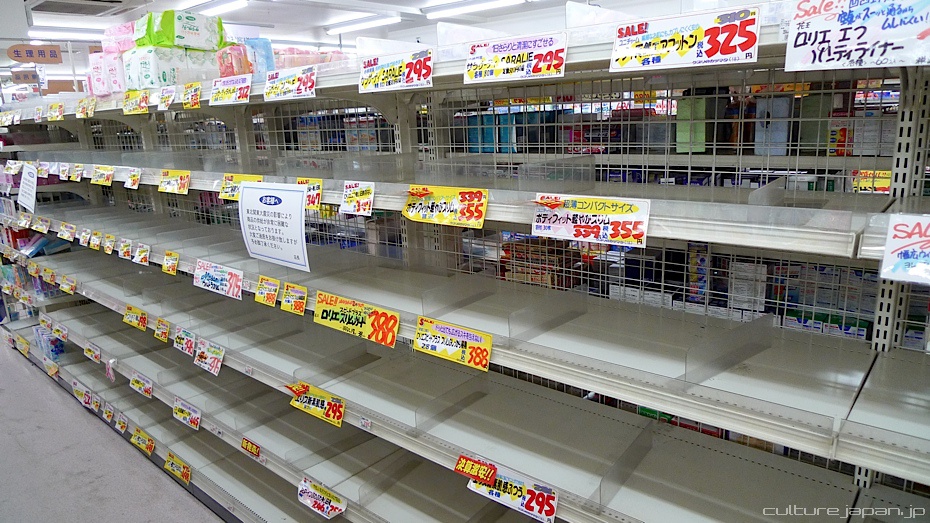 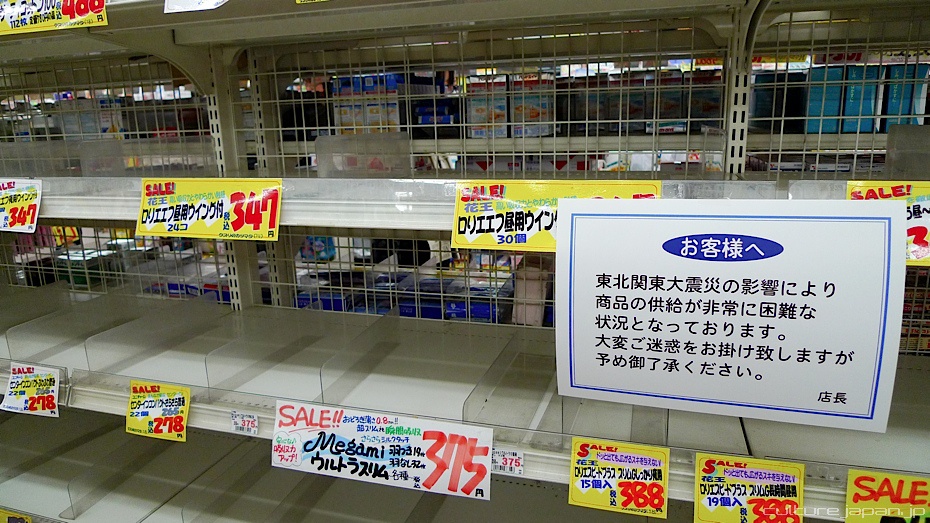 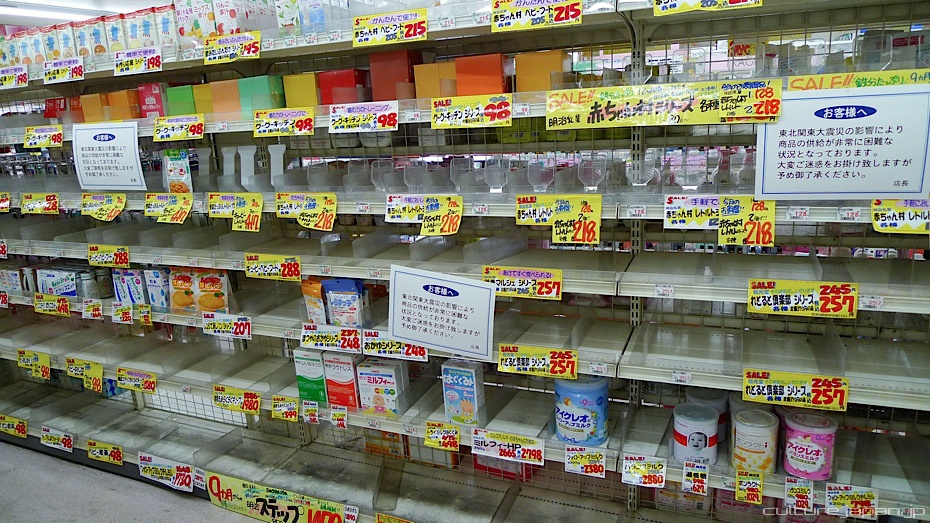 Was a huge shortage of baby products. 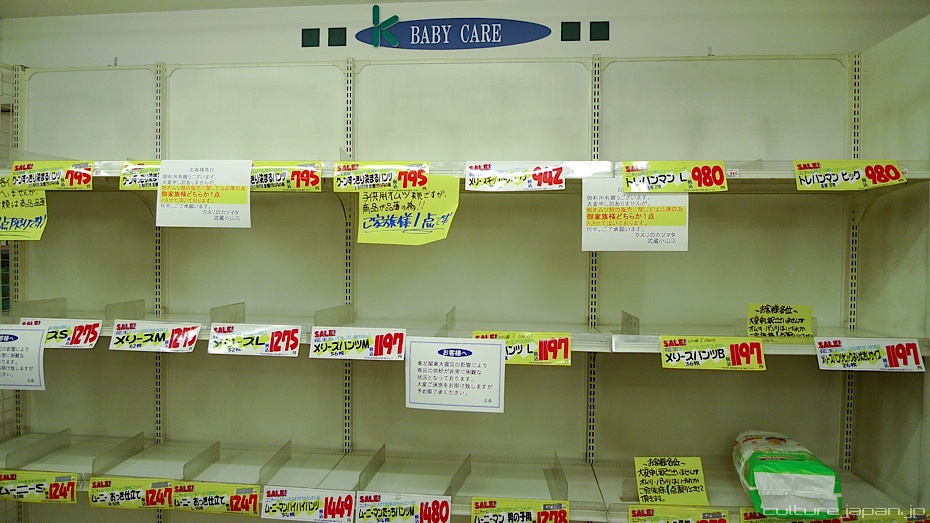 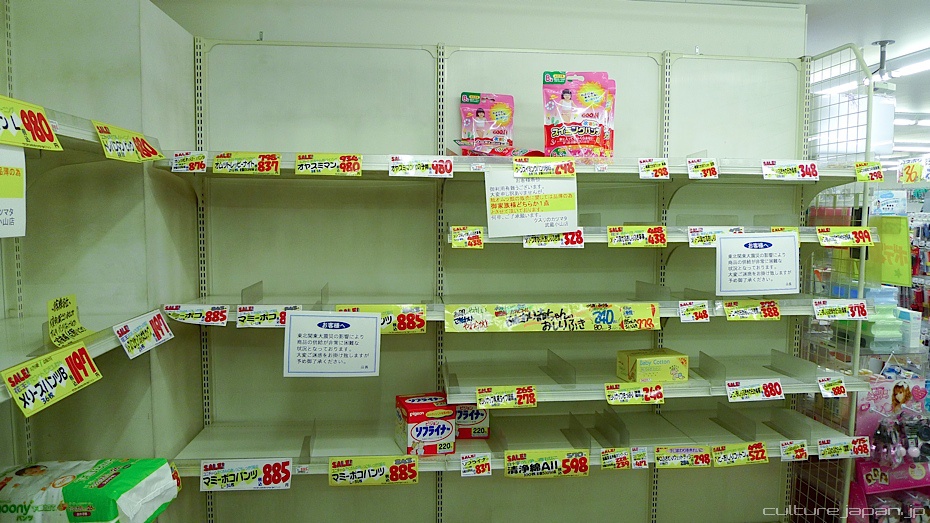 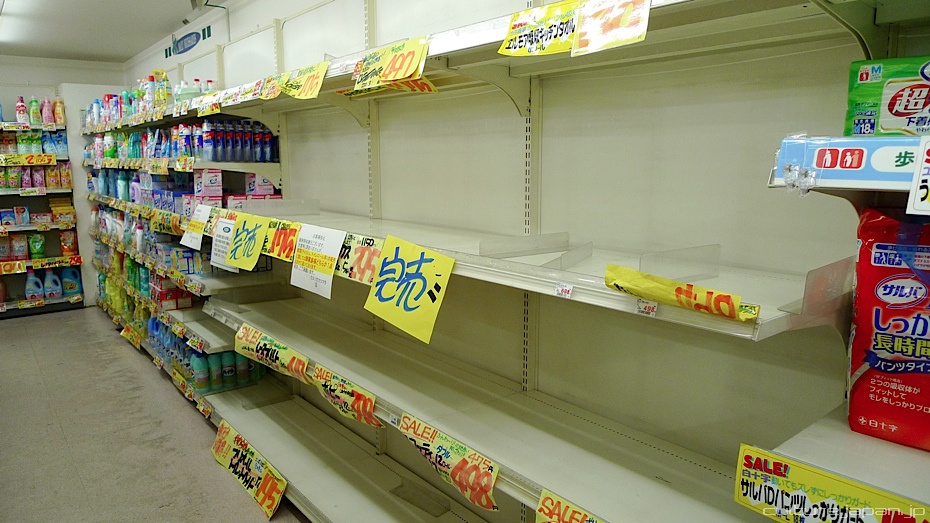 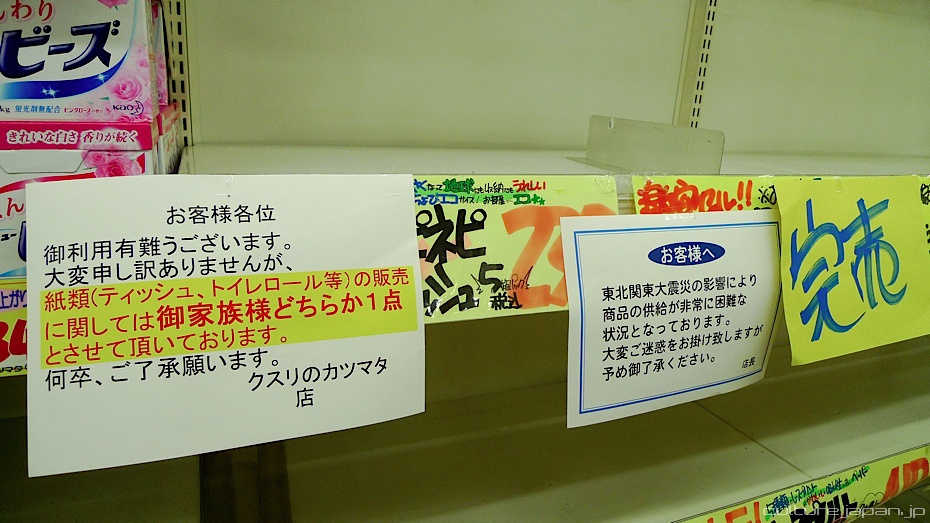 Another notice reminding customers that they will only sell one item per *family* as folks would go in couples trying to get two items each. 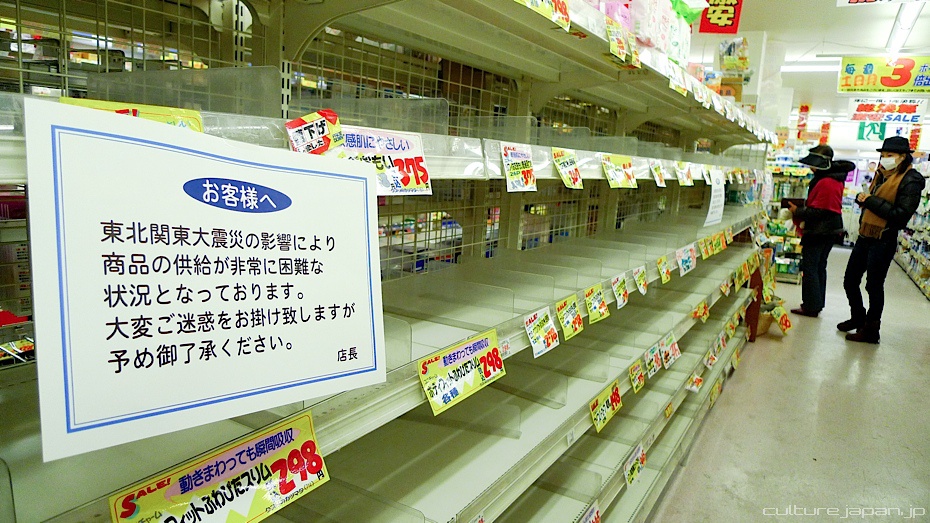 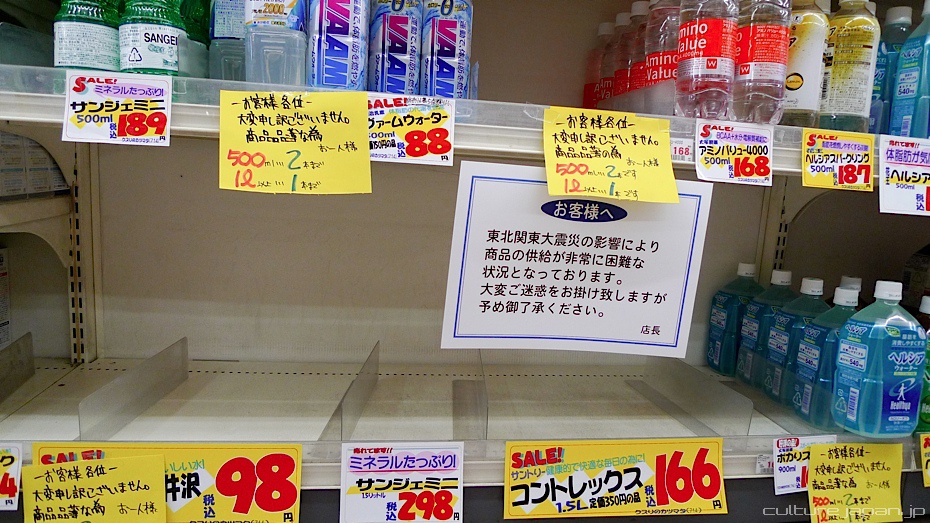 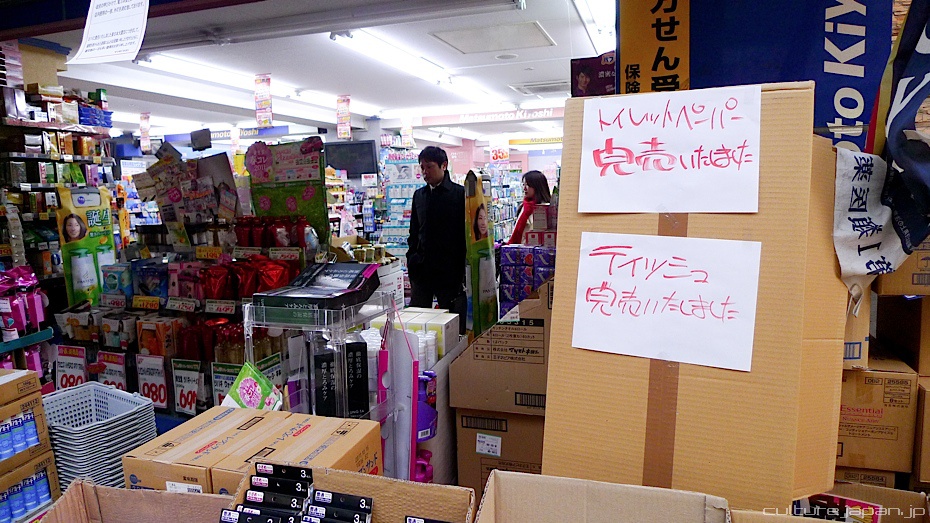 All the toilet paper and tissure gone here. Am wondering if this is the reason why the Multi Purpose Mirai Suenaga Microfiber Towel has been selling so well lately ^^; 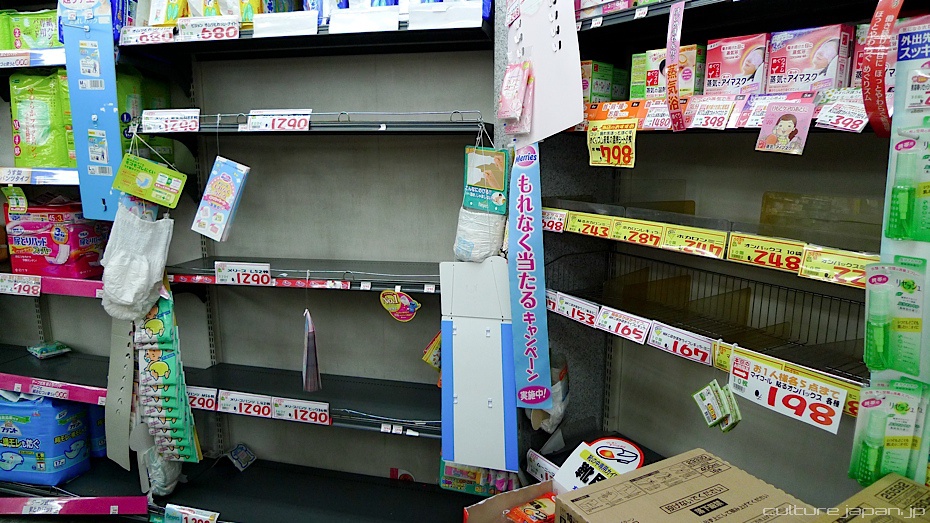 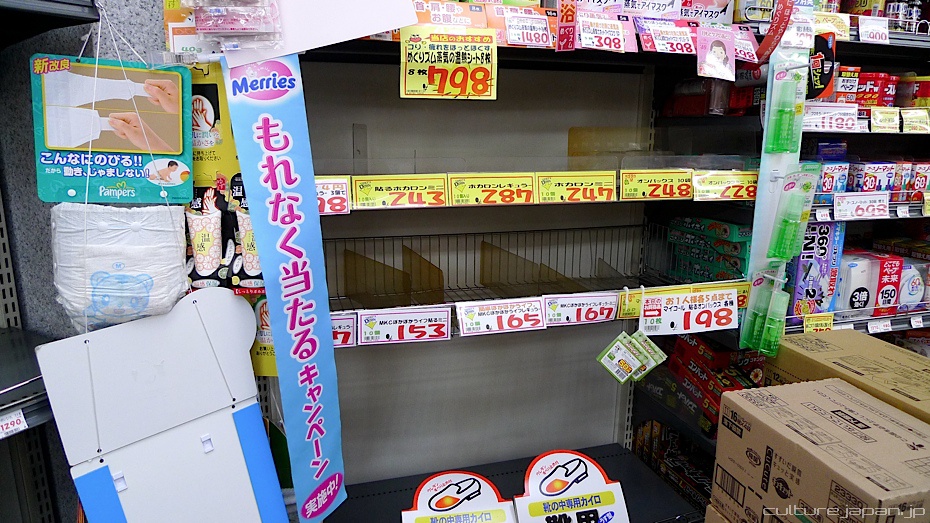 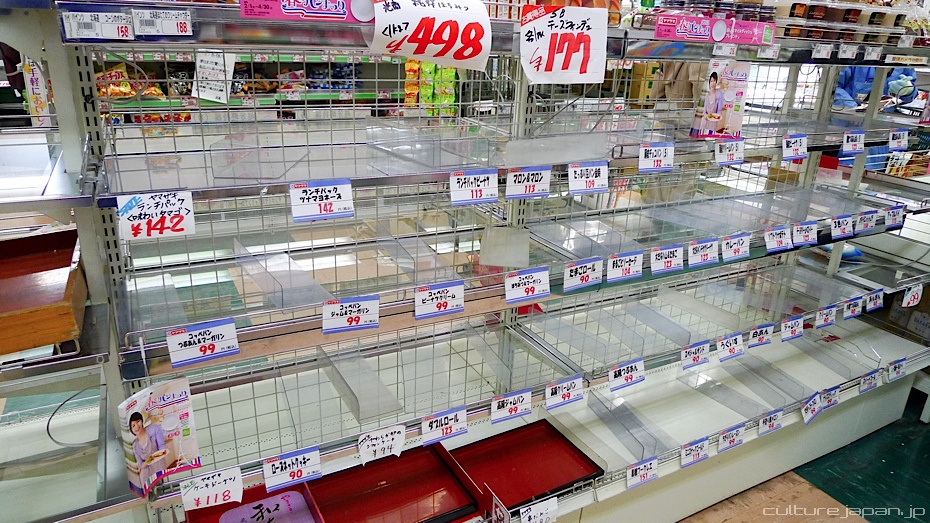 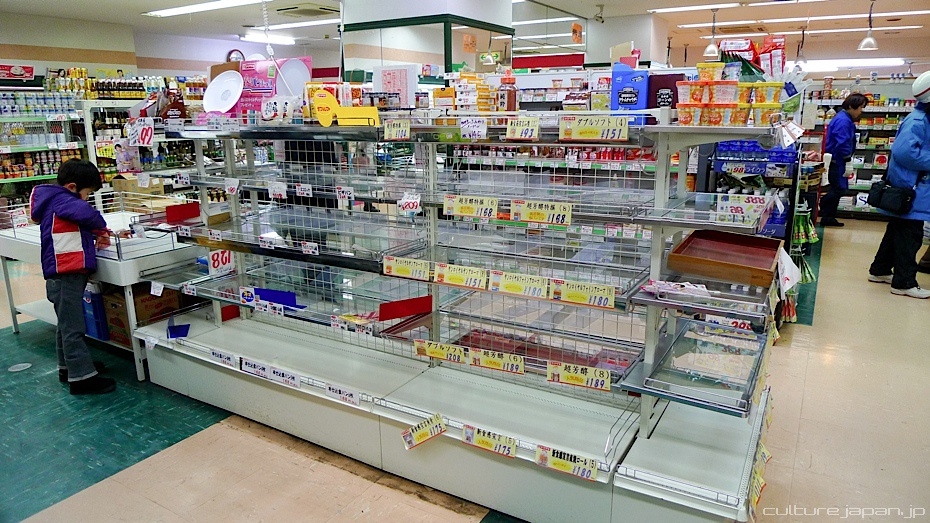 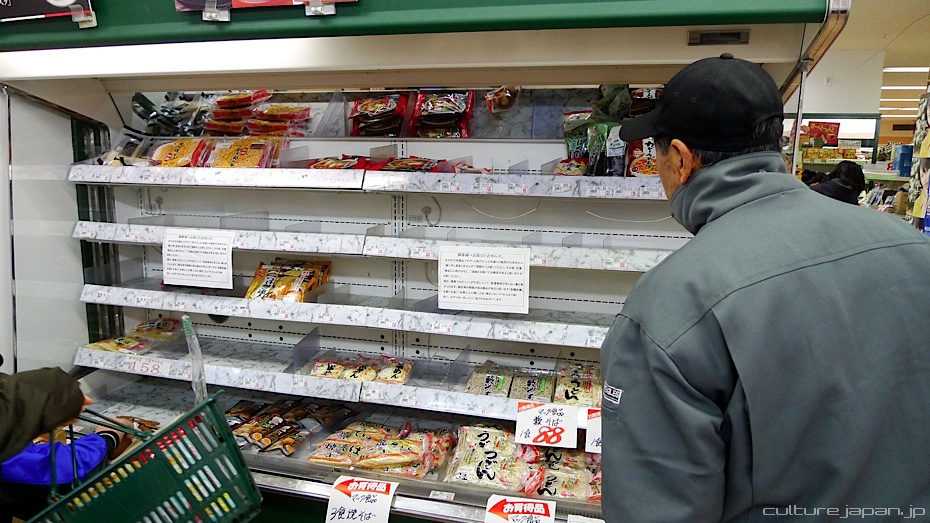 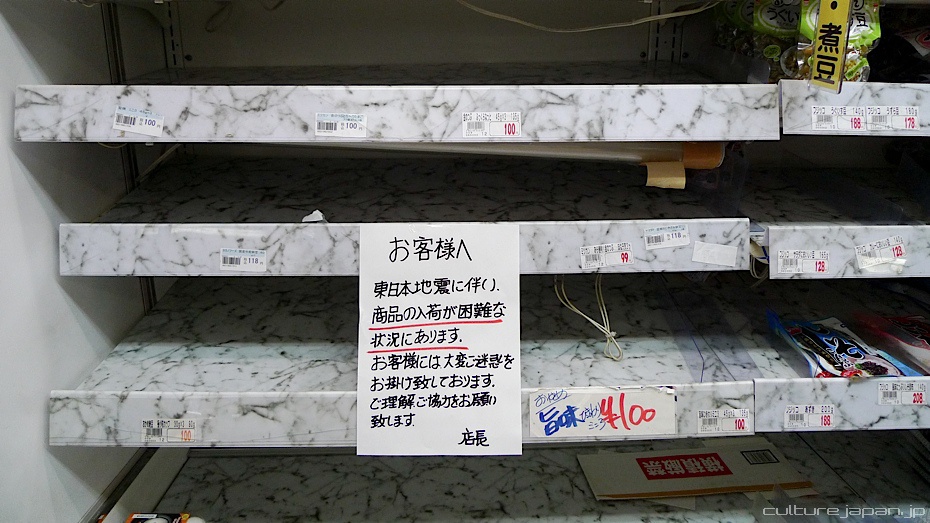 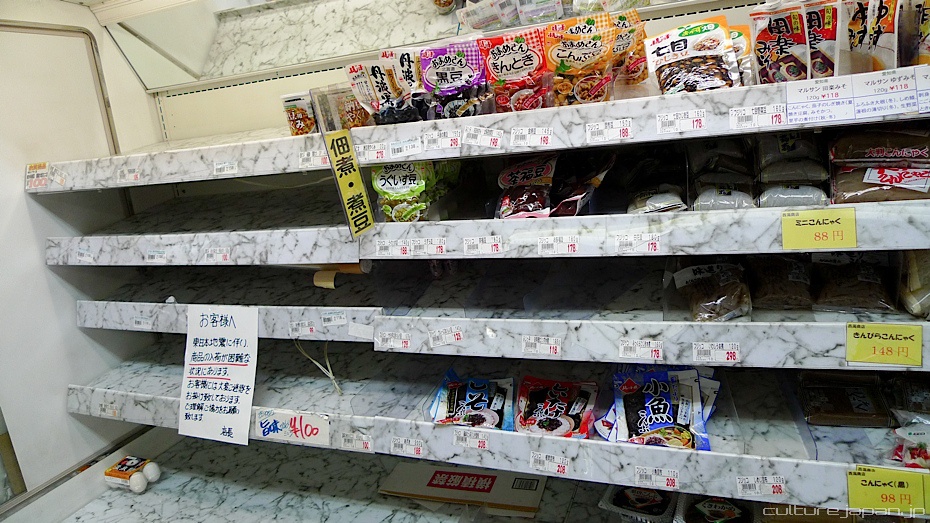 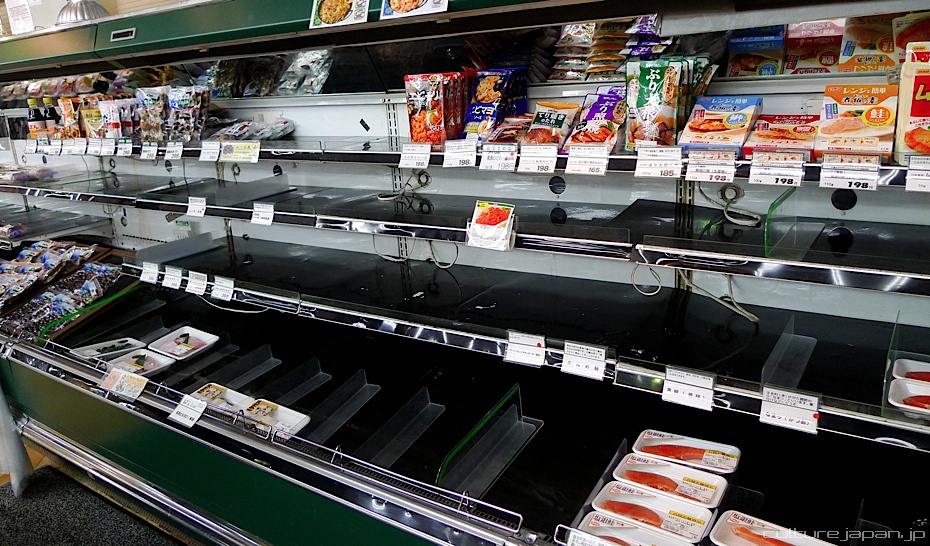 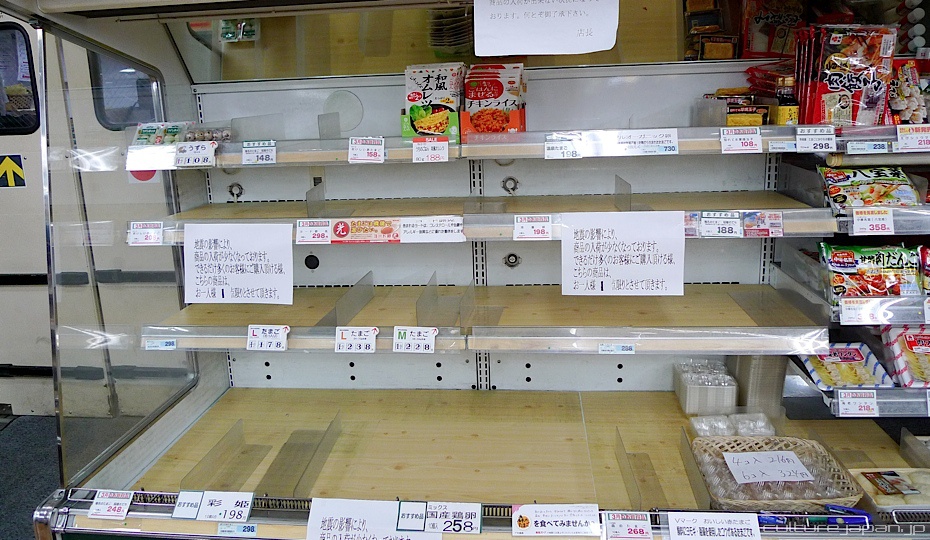 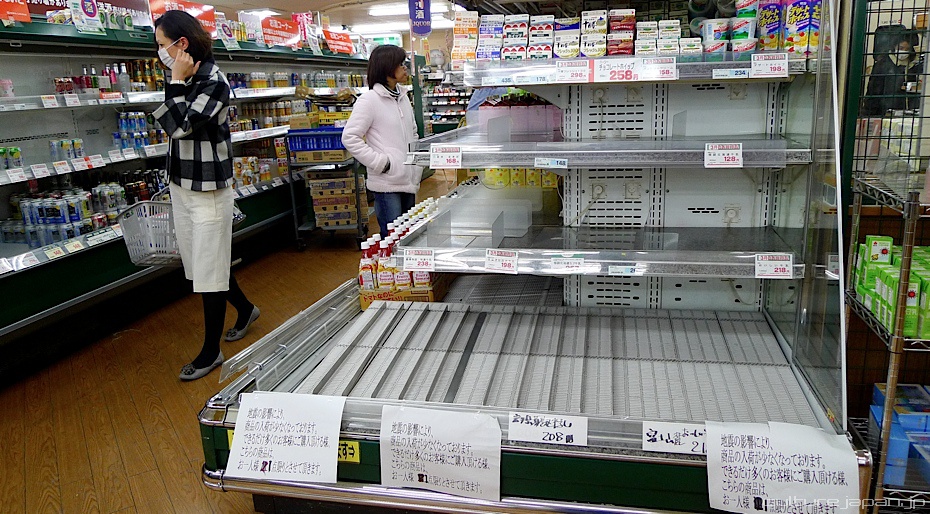 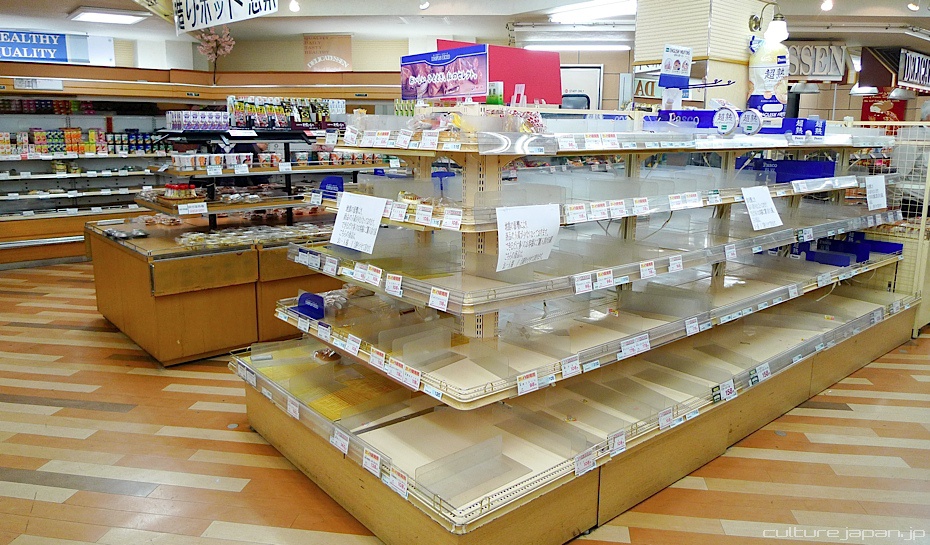 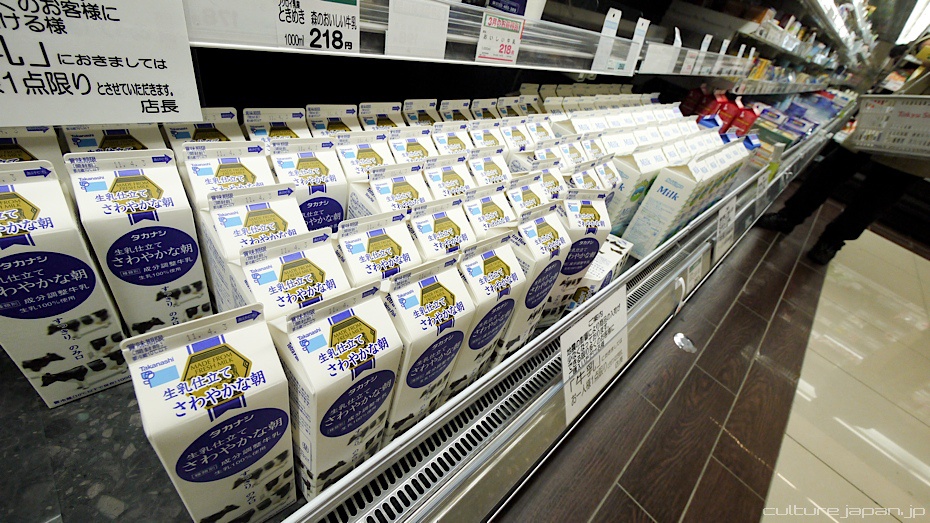 Photo taken this morning. While there is still the "one item per person" restriction on milk in this supermarket, most other supplies like bread, yogurt, toilet paper and tissue seem to be back to regular levels. The speed and diligence of Japanese folks working to get things back to normal is incredible. 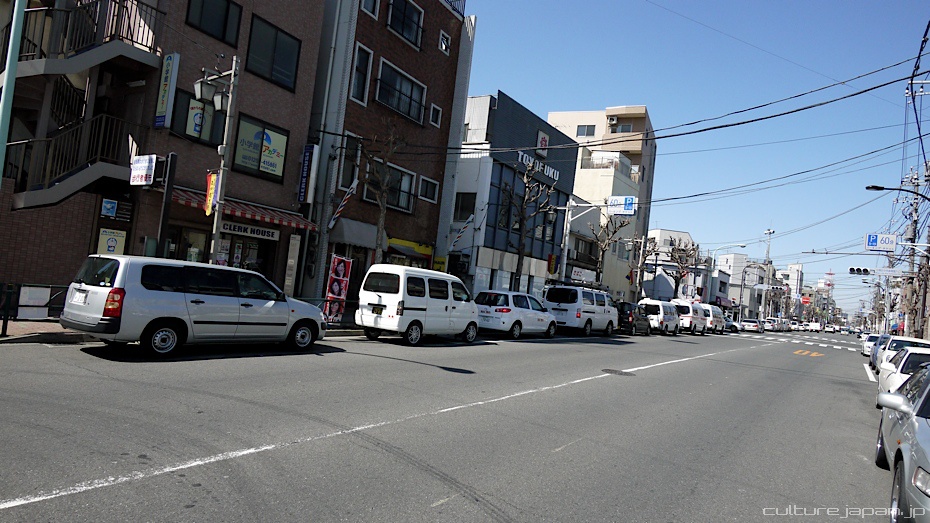 This photo taken last week - this is actually a line of cars waiting to fill up at a gasoline station. Due to unnecessary panic, many folks started to fill up their cars with gasoline - which was another reason why supplies were short. The huge demand of gasoline meant that there wasn't enough to go around which stranded many trucks which were filled with supplies waiting to head out to their drop off points. 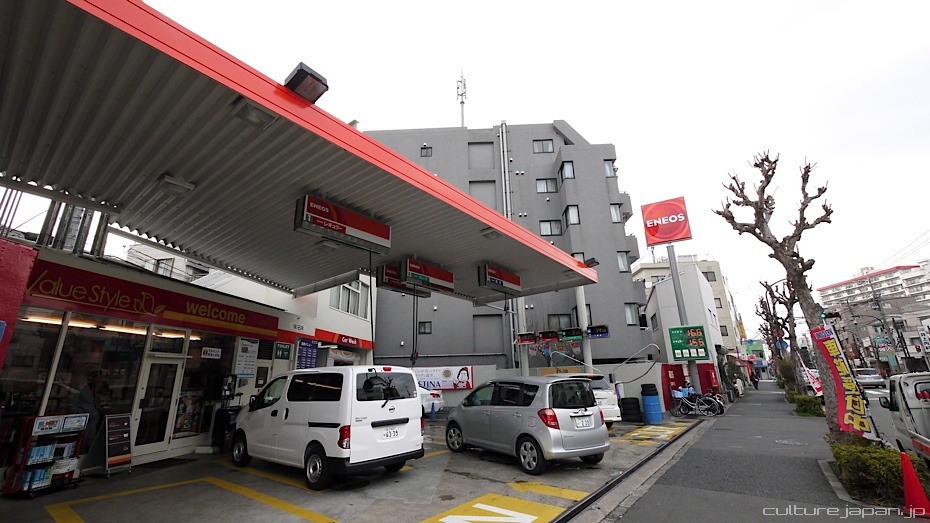 Photo snapped yesterday - the same gasoline station that everybody was lining up for hours to get some gas. No more queues as infrastructure reverts to normal mode.
Price of gasoline was affected which jumped up about 50 yen. Has dropped about 20 yen since last week and will probably drop more next week.

Seems like folks who panic end up stabbing themselves in the foot. I bet that many of the folks who panicked filled their car which they hardly used - and ended up paying more for gas.

Also, folks who panicked and decided to flee the country were probably exposed to more radiation on the flight than they would have done by staying in Tokyo. I also hear that radiation levels are by default higher in places like London and Paris so folks who fled to those countries would have really exposed themselves to much more radiation than needed. 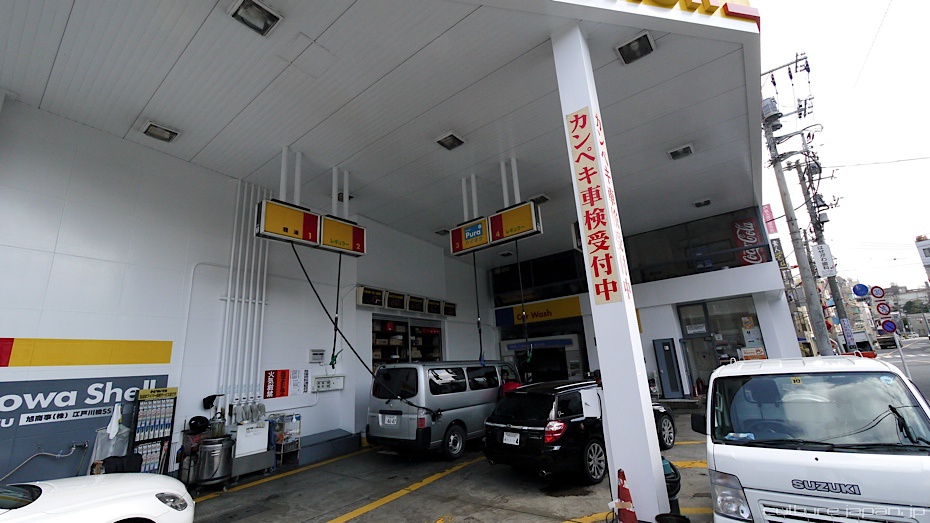 Another gasoline stand - no queues here either.
Have you experienced any national disasters in your lifetime? How did it affect life and infrastructure? Anybody here in Hong Kong during the SARS period?

Other posts related to the earthquake listed up below.