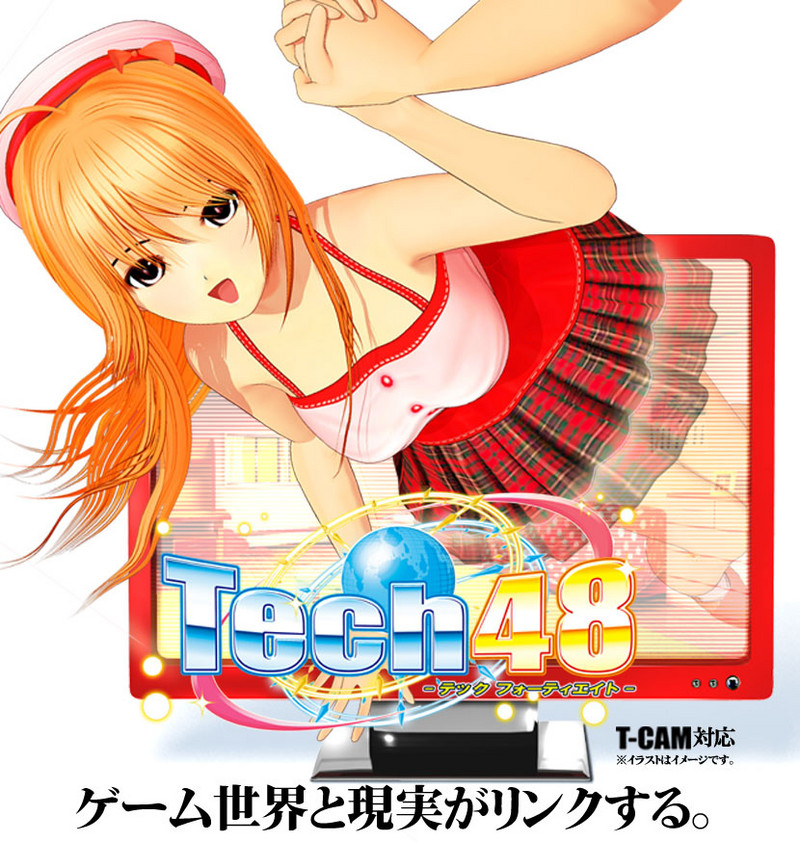 "The future looks like its going to be amazing!" says the lady in this video clip after learning what the up n coming eroge Tech48 is about.

The game comes with some sort of webcam which detects the players movements and adjusts the view on the screen accordingly as you can see in the screenshot below.

We learn that its possible to look up girls skirts and one starts to visualize players doing all sorts of interesting stuff in front of the display. The characters also adjust their sight of vision to watch you.

You can even leave the game on with the camera pointing at the door and when you come home the girl on the game will run up to the screen and welcome you home - ideal for the ronery otaku.

The eroge maker is Teatime and they are giving away 100 webcams to folks who will help QA their software on various platforms. I'm going to see if they need a QA guy running Parallels on a Mac ^^;

Original text from zoniku below.I saw this on Kotaku this morning (it's now on Japanator), but didn't have time to post it here since I had to go to school, but anyways, eroge game maker Teatime has developed a game called Tech48, which utilizes a special camera that uses face tracking technology that determines the angle that you're looking at. For example, if you want to look up the girl's skirt, simply get down like you'd be looking up a girl's skirt in real life & you can see her panties in the game!

So, would you buy this & what other things do you think this could be used for?? It's still in beta (they're looking for beta testers) & they'll mail 100 free cams & a trail of the game to anyone in Japan.