Why Xmas = KFC in Japan 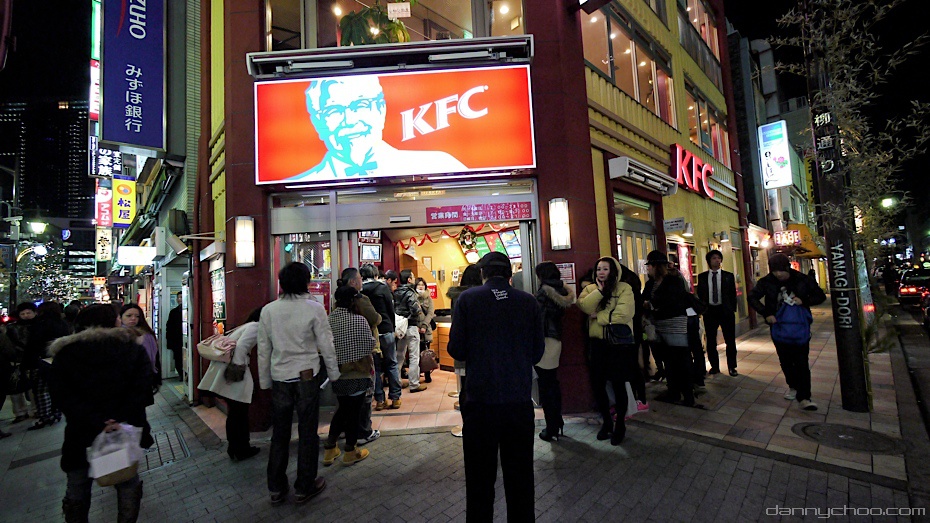 Folks may be wondering why the Japanese eat Chicken during Christmas from seeing it in anime, Jdrama or actually visiting here. This photo taken yesterday on Xmas eve in Shinbashi. Throughout all of Japan, folks can be seen queuing up outside KFC for some chicken. But why not the traditional Turkey and why KFC?

The Turkey does not breed naturally in Japan and is rarely cultivated. Apparently the taste is not of such a popularity to warrant large amounts of it to be imported into Japan either. Thus, many Japanese have not tried turkey.
Another reason why turkey didn't catch on as a popular dish during Christmas is the fact that most Japanese folks don't have ovens - or an oven big enough to roast an entire turkey.

One day at KFC's Aoyama branch, a foreigner went to buy some chicken at KFC and said "I'm having a party but because there is no turkey, I've come to get some fried chicken instead."
in 1974, KFC then started promoting the catchphrase "Christmas = Kentucky" and poured a load of yen into the marketing effort. The catchphrase soon caught on and together with the commercials on TV, the Japanese then started to consume a load of Chicken during the festive season. 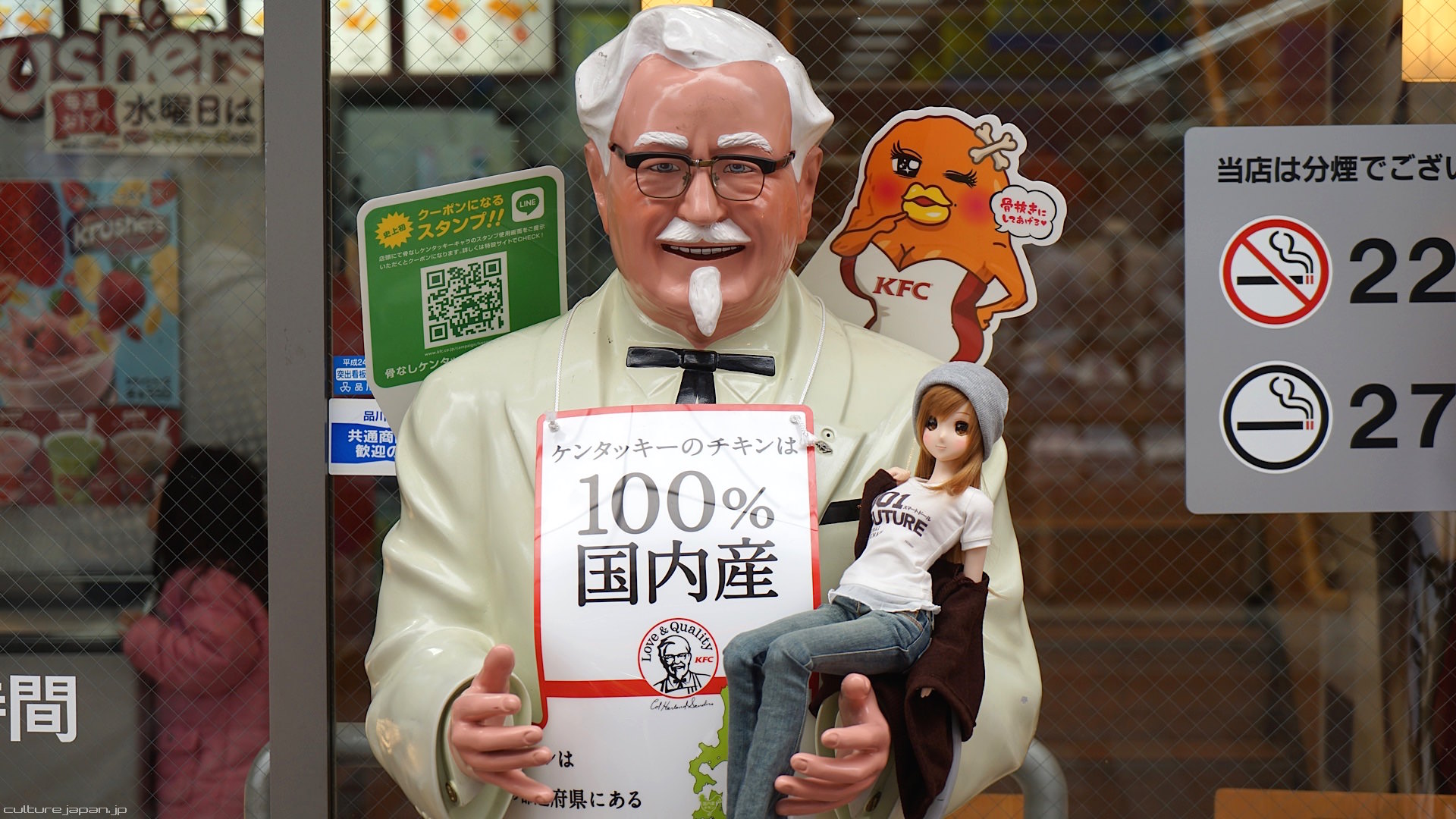 Another only in Japan KFC fact - they have a statue of Colonel Sanders outside the stores.

Another only in Japan KFC fact2 - they invented a chicken mascot that you can see stuck on the window behind colonel - a chicken to advertise eating chicken.

This photo of Mirai Smart Doll with the Colonel. 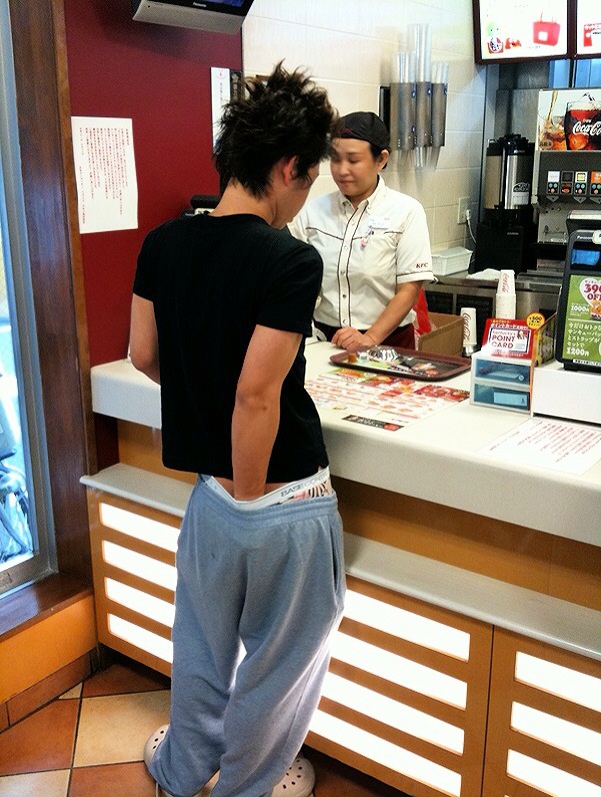 This photo was also taken at KFC. Finger Lickin Good?
I just realized that this guy handed over cash to the lady who then served me and handed my change back to me. No wonder my chicken had corn in it.